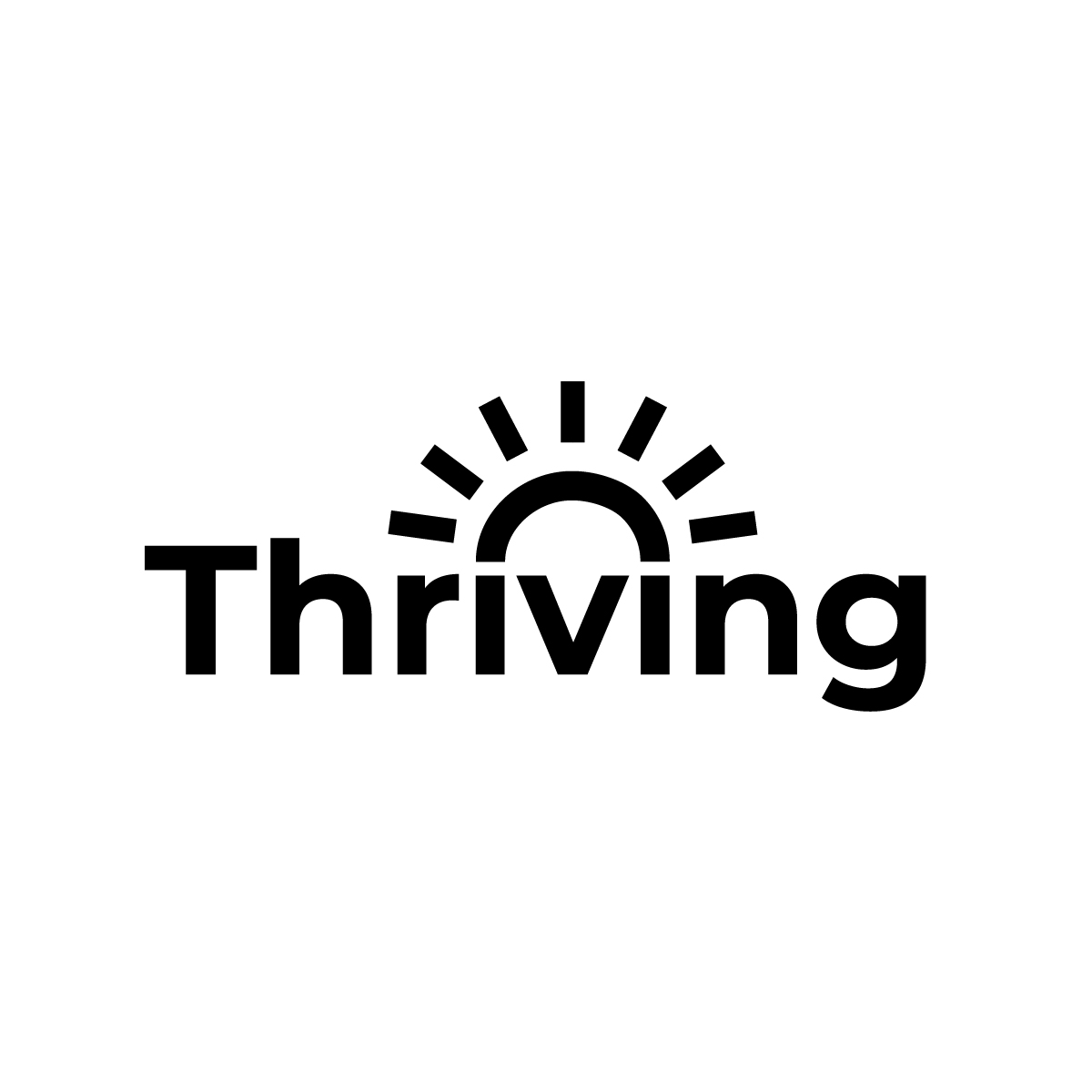 This report is part of Thriving, a yearlong storytelling initiative from Technical.ly focused on the lived experiences of Philadelphia and comparative city residents. The goal is to generate insights about the economic opportunities and obstacles along their journeys to financial security and freedom.

As Erin K. Robinson recently read the details of the dedication ceremony for a US postal stamp she designed to commemorate Kwanzaa, she said she began to cry tears of joy. That little stamp marked a big achievement, showing how far she has come as an artist since leaving the fashion industry to pursue artwork full time.

It’s a shifting second act that has given Robinson a sense of fulfillment the New York corporate world couldn’t. After years of grueling work, she has reached a level of success that aligns her economic needs and professional goals. That stability has allowed her to travel between Brooklyn and Nairobi over the past year, where she finds inspiration in nature and a grounded feeling.

Robinson, 57, spent years working as a fashion designer, and dabbled in art on the side. “I was miserable,” she said of her last stint in the corporate world. She left the office four years ago to explore her creative pursuits full-time. “My motto has been: It’s never too late to reinvent yourself. It was a bit of a sacrifice.”

That journey meant painting and trying to find her artistic voice. With a push from her dad, Robinson began to explore her art with more freedom and started illustrating on her iPad. More people found her work, and she has since illustrated several children’s books showcasing Black women — work that feels like her artistic legacy.

“It’s OK to be doing something joyful,” Robinson said she has realized. But it took mental work and financial sacrifices to get there. “I was scared about leaving that comfort zone. [Now] I don’t have that fear of letting go, or even of failing.”

What does it mean to thrive for gig-working creatives in Brooklyn?

Robinson is one of five people Technical.ly spoke to for a Brooklyn installment of our new storytelling project, Thriving. The project includes reported articles like this one, an audio series and community engagement efforts that will take place over the next year. It will grant readers a view into the lives of everyday people, their goals and the challenges they face to get there.

This piece focuses on gig-working creatives in Brooklyn, and pairs with a story on this group based in Philadelphia. These are freelancers and self-employed visual artists, performers, and designers who support themselves with creative work and side hustles. A 2019 online survey conducted by the New York City’s Mayor’s Office of Media and Entertainment, the Freelancers Union and Upwork found that 34% of the city’s workers, or about 1.3 million people, do freelance work. That workforce — and exploitation of it — was so significant that NYC passed a law in 2017 aiming to better protect freelance workers from nonpayment.

We asked these Brooklynites what thriving means to them. They spoke of challenges to find steady work, affording New York City rent, and balancing their mental health with the demands of making it in a city that is famous for being the place to make it. But through those struggles, they have also found personal fulfillment and financial success in ditching the 9 to 5 to follow their artistic dreams.

Sophia Jane Wilkof took a job in fundraising for a theatre company in Manhattan’s Theater District and moved from California to New York five years ago, thinking she would be happy to be behind the scenes of shows with a steady job. She would do some standup comedy she loved on the side, she decided.

But in 2020, Wilkof said she realized that she wanted to be back on the stage full-time. The COVID-19 pandemic put her plans on hold for a few months, but eventually she scaled back at her job and began studying at HB Studio, a drama school. Since graduating, she’s juggled dog walking and mentoring and officiating for Hebrew Helpers, an organization that prepares kids for their bar and bat mitzvahs, along with standup and auditions.

And she’s spent the past year figuring out how to say no to opportunities that aren’t worth sacrificing time — say, walking a dog in a different neighborhood twice a day or taking on every single creative opportunity — to make time for rehearsing, writing, auditioning and performing that serves her goals. The 29-year-old Bed-Stuy resident considers her creative career to still be a work in progress. For Wilkof, success would look like booking a sizable comedy show about once a month, fully supporting herself through her Hebrew mentoring side hustle (which, fortunately, she finds fulfilling, too) and setting a standard pace for auditioning. Right now, she’s holding herself to at least one open mic a week and carving out specific times in her schedule to write comedy or work toward auditions.

She credits some of her success so far to ECHT, a Brooklyn-based artist collective. Wilkof said she hopes to work alongside other creatives, something ECHT did before the pandemic by setting up office hours. That allowed creatives working on different things, from writing to performing to visual arts, to meet up and bounce off each others’ energy. To her, New York is a place where she can be surrounded by other people who are grinding and not necessarily working 9 to 5s.

“I would have eventually gotten here, but just joining that group and performing with them and realizing that I am an artist — even though I [was] not professionally an artist at the time — really empowered me to make the switch,” Wilkof said.

Steven Sharpe Jr. — ‘There is a price to pay, both literally and figuratively’

For Steven Sharpe Jr., creating content as a freelancer and supporting his own mental health are fully linked. In addition to making photo and video content for social media and ad partnerships with brands like Target, Doc Martens and Kenneth Cole, he has hosted a podcast focused on mental health and launched his own studio, Nobius Creative Studios, to help other content creators navigate the tricky world of contracts with brands. To do it all means keeping up with ever-shifting social media trends and demands and learning a lot about contractual details, another piece of the self-employment puzzle that can be tricky for creatives to master. But to Sharpe, that’s important work to do to earn his real value.

“I don’t want to see myself on a billboard knowing that I accepted $500 from a brand this one time for something that I needed in the moment, but I didn’t think long-term and read through my contracts to realize that this one term thing is now affecting me long-term,” said Sharpe, who lives in Crown Heights.

The 31-year-old moved to New York from North Carolina, and worked full-time jobs before calling it quits and becoming a full-time freelancer in 2020. In addition to getting what he’s worth for his work, Sharpe said he feels success comes from his focus on wellness, too, and learning to prioritize rest over “hustle culture.”

“It is very difficult to be here and to survive in New York. The city has some sort of energy that really pushes everyone to their limits. Creatively, I feel like it’s full of creativity,” he said. “You have access to so many people from all around the world. That part is the reason to stay. But around that there is a price to pay, both literally and figuratively.”

Gili Benita moved more than 5,000 miles from Jerusalem to New York in 2019 with the hope of doing editorial and documentary photography work for pay. Back in Israel, he photographed weddings and hated it, but he said it was the only way for him to make a living with photos.

In the three years since, he has studied at the International Center of Photography and had assignments for The New York Times and Italian Vogue. His first was for the Times’ Metro section, and sent him deep into Queens to take portraits of trans people living in the foster care system.

He is now supporting himself fully with work related to photography, but also wants to focus in the future on photo editing and other aspects of the visual medium. Benita said he knows that running around with a camera and doing the physical work can get more difficult with age, and he has an eye to diversifying his skills for the future. It could help, too, for when the market for his work becomes volatile — maybe one year he could make $100,000, but his earnings might take a 40% hit the next. Benita said his more immediate goal is to have a steadier mix of editorial work and commercial work, which pays better, but he’s also working on a personal project documenting people who have objected to the mandatory military draft in Israel or had mental health issues after being in the military. The 25-year-old is happy to do fulfilling, important work like this, but also cares deeply about financial independence.

“I really think that a part of success is making a living out of something that you love doing and being proud of that,” he said. “That’s something that’s worth a lot. At the end of the day when you pay your rent, and buy your food, and you go to a restaurant with the money you made by doing something you love, that’s very fulfilling.”

Camille Clavery — ‘Even in my art, I want to feel safe’

Camille Clavery knew desk jobs weren’t for her from day one, she said. She prefers working with her hands and on her feet. But it wasn’t until 2019 that she found her artistic voice in collage making. The pieces she does focus on the experience of women of color, reflecting her own as an African American woman, she said.

She began selling her work in 2020 after her friends pushed her to take the collages to the next level. Since, the Bed-Stuy resident and Brooklyn native has had her work at several shows in Brooklyn and at a group show at Art Basel in Miami last year. Selling her art still feels scary, she said. It can feel vulnerable to put her voice on display, and without a formal fine arts degree, she sometimes feels like she doesn’t speak the language of those around her.

But Clavery, 43, is still taking steps to put her work out there. She’s also dabbled in NFTs and is beginning a collaborative project that involves an NFT version of a Tarot deck.

But that also means financial safety, and being able to afford healthcare. Without access to routine healthcare, mental health resources, and exercise, Clavery said she doesn’t feel like she could be an effective artist and communicate her voice well. So Clavery bartends on the weekends and also does some home staging on the side. But her true passion is in her collage work and the related NFT projects.

The latter does not happen without her network of friends and collectives in Brooklyn, which have pushed her to sell her art and set her up with gallery shows. That community health is important to her, too.

Thriving is “also feeling safe within your community,” Clavery said. “The stronger that is, the more that you can thrive, because you all will. And we’ll all be sharing the wealth.”