Technical.ly's RealLIST Startups 2023 in Philly is underwritten by Morgan Lewis. The list was independently reported and not reviewed by Morgan Lewis before publication.

What a year for tech.

In an industry that brings us creativity, life-altering inventions and artificial intelligence-driven decision making, that’s probably something that could be said every January. But if you found your way as an early-stage founder through the darkness of the pandemic, you were faced with new problems in 2022. It was a hell of a year for many tech companies, with fluctuating valuations, venture capital trends riding in waves and sweeps of layoffs. But a lot of good, smart technology was also created.

And it’s time to celebrate that. Every January, Technical.ly sets out to make a list honoring the most promising tech startups that we’ve seen do big things recently. Our RealLIST Startups names companies based in the Philadelphia region that have found their footing, struck the right chord and are poised for impactful growth.

This year, we saw some strong healthcare companies take the top few spots, as the pandemic disrupted much of how health systems operate. We also noted some startups from repeat founders with proven track records who have seen quick success since they launched these newer ventures. A few companies in growing markets like AI and business operations also made the cut.

As always, the companies chosen for the RealLIST fit these criteria:

Though as a rule, we look at companies that have been around for about three years or less, we here at Technical.ly also know that the “founding” date of a company can be pretty arbitrary — check out our CEO’s take on the matter.

Read on to learn about the promising startups we think will make an impact this year. These are your RealLIST Startups of 2023 in Philadelphia: 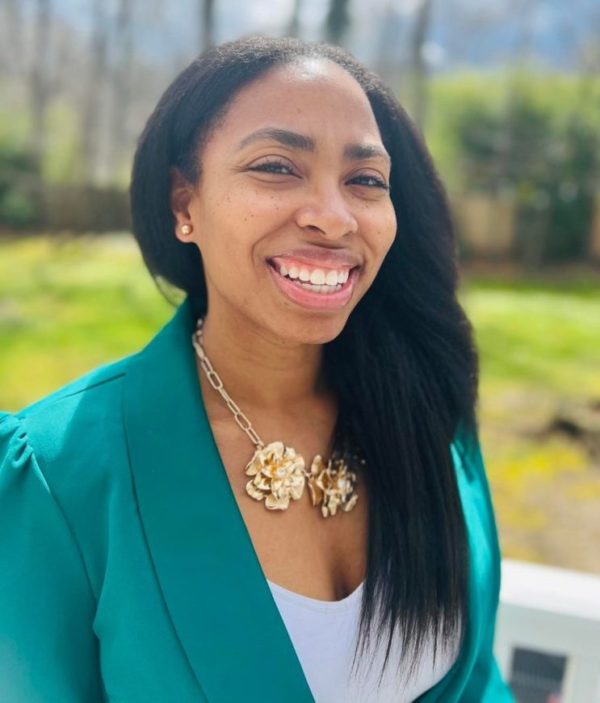 This edtech app that lets teachers see student work digitally and give feedback was cofounded by educator Teryn Thomas. The South Jersey resident is an alum of Drexel University and University of Pennsylvania, and has a long history working within schools in Greater Philadelphia.

In September 2022, Thomas was picked for the latest cohort of the Google for Startups Accelerator: Black Founders, where she was seeking mentorship with technical development and community within the tech space.

“When you think about Google, I think it’s synonymous with the idea of having that quick access to multiple resources,” she told us in September. “And I think that this accelerator is really an opportunity for us to have access to other leaders and businesses that are growing at a similar rate to ours.” The maker of a platform designed to get insurance payments to customers faster slightly fudges our RealLIST rules. The first iteration of the company, known as Dime, was founded in late 2019 and aimed at helping underbanked people gain greater control of their money. But in 2021, the startup founded by Cody Eddings and Anis Taylor pivoted to the insurance space.

It’s where they hit their stride. The company was a runner-up on the 2022 realLIST, but has since launched its product, was selected as a showcased FedNow service provider, won $15,000 in the CBK Ventures pitch competition, joined Chase Bank’s accelerator, and got a $100,000 investment from Northwestern Mutual’s Black Founder Accelerator. 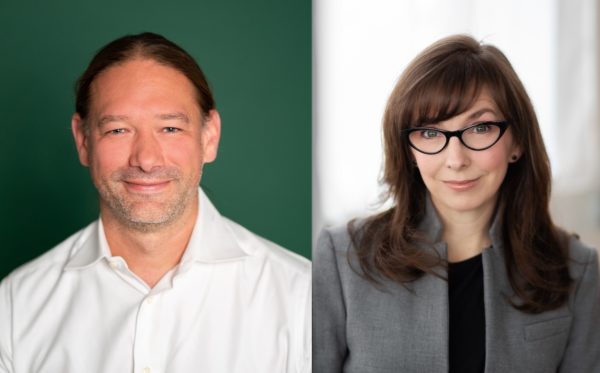 Cofounders of Philly tech mainstay STRATIS IoT departed the company in the wake of two acquisitions and struck out on their own to create this automated business operating solution. The platform, which is aimed at small and medium-sized company, gathers APIs from subscriptions like SalesForce, Monday.com and others to have a cohesive place for business owners to check in on the status of their business operations.

Since they launched the company in mid-2022, Ryan Buchert and Felicite Moorman have hired a team of about 10 and have launched a website for the business. People operations platform LLUNA was also on 2021’s runners-up list, but its busy year in 2022 lands it on the 2023 list. CEO Jess Podgajny and CTO Aaron Kamholtz are cofounders of the platform, which is an operating system with the goal of improving communication and productivity among teams.

“Now that we have this piece in place for employees, we really want to elevate the idea it’s OK to want and need different things to work,” Podgajny said in March. “And having a tech-enabled solution, we can support employees, managers and C-suites, and that’s super energizing for me.”

They’ve added to their team in the last year, and were participants of Comcast NBCUniversal’s 2022 LIFT Labs accelerator powered by Techstars, where it partnered with Comcast to pilot its platform with teams across the company. Before it even had a product, early-stage gaming company Regression Games had impressive backers for its $4.2 million seed round — New Enterprise Associates (NEA) with participation from fellow bigwig Andreessen Horowitz (a16z). Founder Aaron Vontell developed the AI-focused company after moving to Philadelphia in early 2022, and the platform allows players to program their characters and games to operate automatically without moment-by-moment human input.

Since we first spoke with Vontell in August, he’s added a few software engineers, and in the fall, the company released 0.0.2 of Regression Games, The Battle Patch, with multiplayer game modes, easier bot writing and performance improvements. The company has launched its play test, for players to try out the product, and Regression is also sponsoring MIT’s annual AI gaming competition. This app, founded in 2021, was built to scrape pricing data from multiple websites to help a user understand the rarity and price of a sports card. The company had just launched when we were crafting our 2022 RealLIST, and landed a runner-up spot. After making an acquisition of Denver-based Card Dealer Pro this past summer, the startup hit hundreds of thousands of users, generated revenue from dealer subscriptions and in its app, and exhibited at the National Card Show.

The team is now at about 10 people, and the company has both showcased at the National Sports Collectors Convention in July and raised a seed round. Cofounder Ted Mann closed out the year with a bang-up investment at the annual Philadelphia Alliance for Capital and Technology (PACT) Lion’s Den. 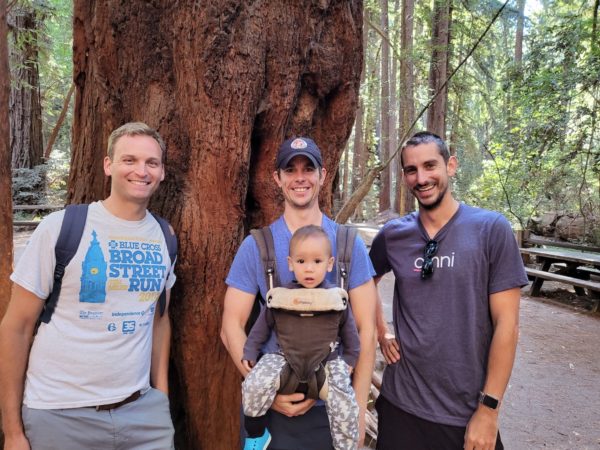 In the second half of 2022, we heard about business intelligence tool Omni, cofounded by RJMetrics and Stitch alum Chris Merrick. He linked up with Jamie Davidson and Colin Zima who work from the Bay Area to launch the tool, which generates data models and components from SQL, creating a sandbox data model and allowing users to use metrics across a whole organization.

The company’s raised nearly $27 million to date, a seed round led by the Fitler Club-HQ’d First Round Capital, and a Series A led by California’s Redpoint Ventures. Though its roughly 20-person team is distributed, about a quarter of them are in the Philly area. In September, Omni was looking at a 2023 product launch. This healthcare-at-home company got its start in 2020 by founder Anthony Wehbe, a longtime local healthcare professional and hospitalist who was looking for a tech-enabled solution for giving care in patients’ homes. Sena uses both hardware and software to coordinate at-home care by nurses and physicians in partnership with a network of healthcare systems, and launched its services with local healthcare providers in spring 2021.

In the last few months, the startup has raised a seed round, a move to accelerate growth after the passing of the the $1.7 trillion omnibus appropriations bill, which includes extending the Acute Hospital Care at Home program. The company will be expanding from its Pennsylvania and New Jersey roots to Florida and New York in the next few weeks, Wehbe said this month. The team will also be opening another round of fundraising to help hire about a dozen people this year.

“It typically takes a long time to innovate in healthcare. It can take 17 years to make something the standard of care,” Wehbe said. “We found partners willing to take a risk on innovation in this unique type of care.” Two physicians, Dr. Mary Fleming and Dr. Olan Soremekun, are behind 2020-founded Black maternal health startup Cayaba Care. The West Philly-based startup brings pregnancy care to patients’ homes through “maternity navigators” who make in-person visits between appointments, and access patient data stored in an app. Cayaba Care’s maternity navigators are able to use patient data provided by doctors and practitioners to create personalized care plans based on what those patients need, rather than relying on the patient to track that information digitally.

In early 2022, the startup raised a $12 million Series A to increase its staff, launch in additional markets and further invest in its tech solutions. It’s also paired with Independence Blue Cross to work toward more equitable maternal health care in Philadelphia.

“As a former emergency room doctor, a healthcare insurance executive and most importantly, as a father, I have seen the vast gaps in the system for maternity healthcare, particularly affecting communities of color,” Soremekun said in 2022. The healthcare space in Philadelphia continued to grow in 2022, especially when ex-accolade executive Jack Stoddard launched Patina in 2020 with $57 million in investments co-led by Andreessen Horowitz and GV under his belt.

Patina offers a mix of virtual and at-home primary care for older adults that works with patients’ Medicare Advantage plans. The company’s virtual platform brings all aspects of a patient’s care plan together and offers a “health champion,” a virtual point-of-contact to help navigate care, get prescriptions delivered and help set appointments among other tasks. The company was inching toward 100 employees at the end of the year

“I was watching my own parents, who are almost 80, not get the care or dignity they deserve,” Stoddard told Technical.ly. “And they’re not alone — there’s more than 50 million people 65+, most who are trapped in a primary care model that is in many ways corrupted in fees-for-service reimbursement.”

And the runners up, in no particular order: