The 2019-proposed Fusion Arena was planned to host 120 events a year.

On a sunny September day in 2019, esports enthusiasts, Comcast Spectacor executives and city officials milled about on a plot of land next to Xfinity Live! at the South Philly Sports Complex.

The collection of people were gathered for the official groundbreaking for the Fusion Arena, a proposed 65,000-square-foot, 3,500-seat arena. The venue was slated to be the first ground-up, purpose-built esports arena in the country, and the home of Philly’s official Overwatch team, the Philadelphia Fusion.

It would also be a home to some of the growing number of massive esports events popping up across the country, following the 2019 Overwatch finals held at the Wells Fargo Center. Comcast Spectacor CEO and Chairman Dave Scott called it a “Super Bowl moment” for the city.

On that September day, 19 people including Comcast executives, esports players, talent managers and even Mayor Jim Kenney took shovels to dirt in a ceremonial groundbreaking. The groundbreaking event for the Philadelphia Fusion Arena in September 2019. (Photo by Paige Gross)

Like most events-related businesses, Comcast Spectacor’s plans halted amid the pandemic. In the summer of 2022, the company said it had been re-examining its development plans. A Comcast Spectacor spokesperson told Technical.ly on Monday that the company still had plans to build an arena, but it would be smaller, and would be multi-purposed for concerts, shows and esports events.

The spokesperson didn’t provide comment on the record about timeline for the venue, and didn’t confirm if the Fusion team would still be based out of the arena.

While the plans for a physical, dedicated space to host in-person competitions and events aren’t as certain, the opposite has happened within the digital world of esports. Technical.ly spoke with sources embedded in the scene, some who are creating their own esports centers and others who are curious about Philadelphia’s growth. They told us that while the stay-at-home orders in 2020 halted in-person competitions, it also opened the doors to millions of people to enter the industry virtually.

With nothing to do and nowhere to be, people turned to gaming and esports as entertainment and connection, they said. So, does Philly actually need its own dedicated esports arena?

How the esports scene has grown

Nationally, the gaming industry has seen exponential growth year over year, with a projected compound annual growth rate of 21.9% from 2022 to 2030, per one report. Streaming platforms like Twitch have brought more fans into the fold, and sponsorships for esports were up 40% in 2021. The global esports market was estimated to be worth $2.5 billion this year.

Locally, we’ve seen the emergence of esports facilities and companies like Philly’s Nerd Street Gamers, the Sixers-affiliated Dignitas and the startup Futures First Gaming in Wilmington. Nerd Street has raised some major venture capital — at least $25 million — in the last few years, and new gaming startups, like 2022-launched Regression Games, have netted millions before there was even a product. A former Philadelphia Eagles player has even signed a contract with the Philadelphia Union as a pro gamer for eMLS, the esports and gaming property of Major League Soccer.

This growing market continues to be a big draw for Yuriy Yarovoy. When he left Philadelphia eight years ago, he knew the city for its four big industries — education, healthcare, law and pharma. While tech companies were putting down roots here, Yarovoy saw them as mostly catering to those spaces, not yet the growing esports industry.

"Kids look at screens more than anything else. Let’s create the environment, provide support, and create sources of income."

Yarovoy has been working in the gaming industry for as long as he’s been out of Philadelphia, but recently moved back to be closer to family. Since he returned, he’s been pleasantly surprised at how the city’s taken stake in the growing industry.

In recent years, gaming has become a cultural phenomenon, permeating parts of mainstream culture like music, pop culture and professional sports in a new way it hadn’t before, he said. Gen Z and millennials, especially, have incorporated it into trends, Yarovoy said — “and it’s fascinating to see how teams have structured themselves as businesses.”

That mindset — of esports as a business — is a large part of why Brandon Washington is pursuing a youth-focused community center in South Philly. The STEM and graphic arts teacher is crowdfunding with the hopes of leasing a space that would provide an after-school program for the young people of his community to gather and learn in. There would be an hour dedicated to homework, an hour for learning about STEM topics and an hour for esports-related activities.

He said the esports industry is proving to be a viable career path for those with talent and dedication to growing their skill. Some teenagers and young adults entering professional careers earn an estimated average of $60,000 a year as professional gamers, with many higher up in the industry netting millions in prize money and sponsorships. Then-16-year-old Kyle “Bugha” Giersdorf from Pottsgrove, Pennsylvania won $3 million in the 2019 Fortnite World Championship.

“Kids look at screens more than anything else,” Washington told Technical.ly. “Let’s create the environment, provide support, and create sources of income.”

As a teen himself, Washington used gaming to cope with the loss of his father and to find support and friendships in online spaces. While the games may have changed (he was a Super Mario guy) the team-building in more current games like Fortnite and Overwatch allows for the same connection. He sees the gaming scene now as a way to alleviate poverty, get kids involved in community and keep them off the street.

“To be a starter or someone involved in that, I want to be known as someone who put everything into addressing the problem,” Washington said. 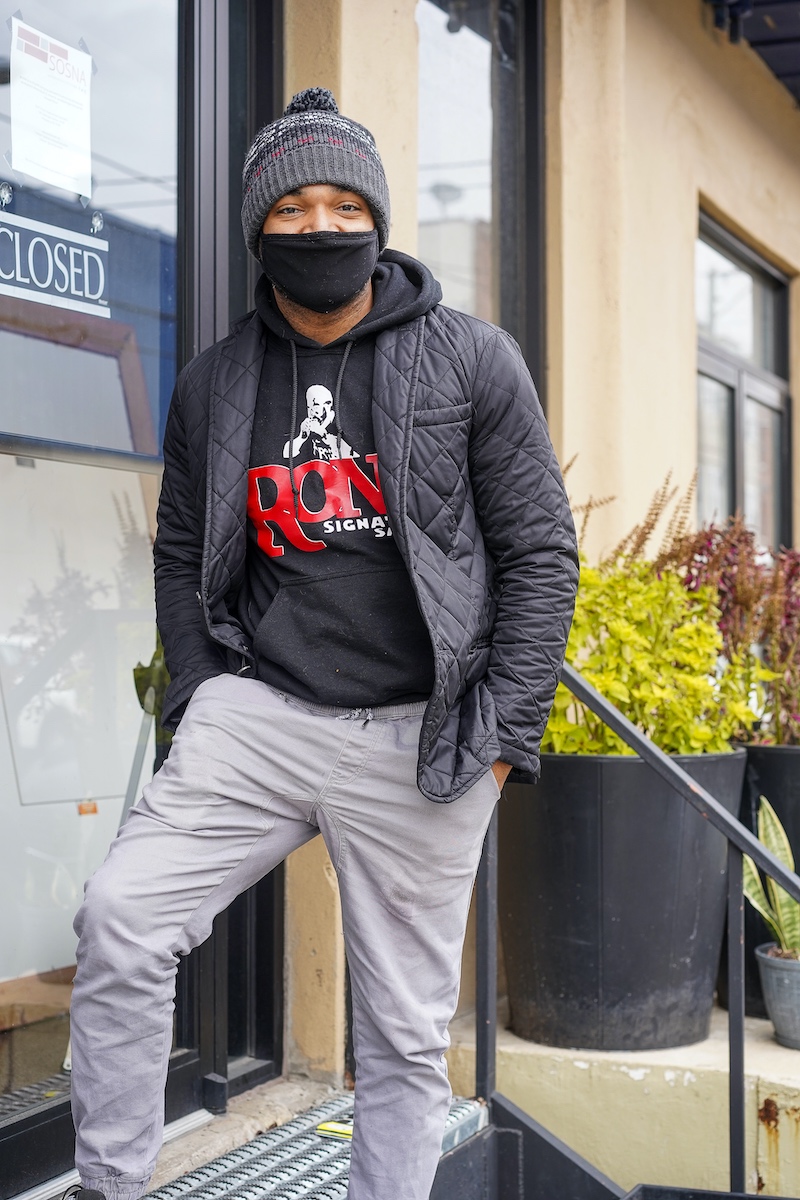 While Washington is aiming to build an in-person space to build community with young people in Philly, he acknowledges that it’s not needed for esports industry to grow. And while the Fusion Arena as it was envisioned in 2019 would have been a great space to come together, it’s not core to the gaming community, he said.

“In-person gathering is more for making money,” he said. “It’s less important to the online community.”

Shaon Berry started the company Metro Esports, which has locations in Doylestown and Warminster, for similar reasons to Washington. He comes from a traditional sports background, creating content for CBS Sports before falling in love with gaming as an industry.

He saw all the secondary industries like graphic design, casting and production as growth potential, and launched Metro at the end of 2017 with a focus on an inclusive and “creative” competition model. The company partners with the YMCA to integrate gaming access to families with memberships. They also partner with the Philly startup Kidas, which builds protective software for kids who game to alert adults if they engage in or experience bullying or abusive behavior online.

The growth Berry’s seen over the last five years in gaming has been immense, but even quicker since the pandemic started.

“I think people realized in the pandemic where gaming was the only thing there was to do, that there’s a real opportunity to engage diversity,” Berry said. “One of the great things to love about gaming is the uniting of communities, they come together over the love of a game.”

The thought of a dedicated arena for esports in Philadelphia was exciting to him, but the awesome part about the industry, he said, is that you can set up shop anywhere — in convention centers, at college campuses or high schools. If you truly love the game, you’ll set up in someone’s backyard, he said.

“Philly is niche, it’s blue collar, I think there’s some certain swag to the city that lends itself to creativity in gaming,” Berry said. “That grittiness of Philly sports fans in the gaming environment is really competitive.”

Is Philly losing out without a Fusion Arena?

John Fazio, the CEO behind Nerd Street Gamers, Philly’s biggest venture focused on esports, believes firmly that the in-person aspect to gaming is an important part of the growing industry. While the pandemic boosted the temporary viewership of virtual events, it was also a “painful reminder” of why the physical infrastructure is needed, he said.

“Professional tournaments that had people playing from home instead of an arena ended over internet crashes, people were accused of cheating, there were behavioral issues,” Fazio said. “We saw major populations of the US unable to access broadband internet for their remote schoolwork, let alone gaming. It was a reminder that, despite the ubiquity of gaming, most gamers don’t actually have the equipment or internet needed to participate in the modern game offerings.” Fazio and his team were heavily involved in the planning for the proposed Fusion Arena, he said: They were working with leadership at Comcast Spectacor, and the global architecture firm on the project, Populous, and “intended to be a major operator of events there.”

Outside of Southern California, where many game publishers are, Philly presents an opportunity to grow an esports scene, Fazio said. Its tech scene and talent pipeline from local universities, plus the existing infrastructure — like the company’s main esports facility The Block, which can host about 800 people — make it primed for growth.

“Comcast’s arena was going to be a theater setup with spectator-driven gaming events on the weekends,” the CEO said. “Our facility is programmed daily and provides a home to gamers, not just spectators, to play whenever they want.”

For smaller esports companies who are often looking for spaces to set up events, the proposed Fusion Arena looked promising.

Stephen Sye, Malcolm Coley and Newdy Felton were looking to fill a hole in the Delaware community when they founded Wilmington-based Futures First Gaming about three years ago. They use gaming to reach K-12 students about careers in STEM and esports through camps, after school programs and workforce development. Though they intended to launch with in-person events for the first time in early 2020, the incoming pandemic shifted community online. Digital communication was already cool with gamers, as the rest of the world caught up.

“As devastating as it was to the world, to citizens, economies, to entrepreneurs, it was actually beneficial to this industry,” Sye said. “With nothing else going on, it raised the visibility of this industry. We saw esports on ESPN for the first time and saw an overall acceptance of communicating through digital means.”

Sye said the Fusion Arena plans changing feels like a loss; the Delaware company was excited to have a giant esports center just up I-95. He also thought it would bring jobs and buzz from the wider esports industry to the region.

“Philadelphia is hot right now — it has a very strong sports culture and team success,” Sye said. “Adding any esports opportunity would do nothing but continue to bolster that.”

He does feel that organizations like Nerd Street Gamers will step up to fill the hole for larger events in the meantime, and that esports teams forming partnerships with local event spaces will become more popular. Overall, he’s hopeful for the local scene, even if a dedicated arena is still years off.

“The arena would have had eyes on the space. If the goal was to bring attention to the tri-state area, or the quad-state area or region together, I think it’s a loss for esports and for Philadelphia,” Sye said. “But it doesn’t mean the ball can’t be picked up elsewhere.”