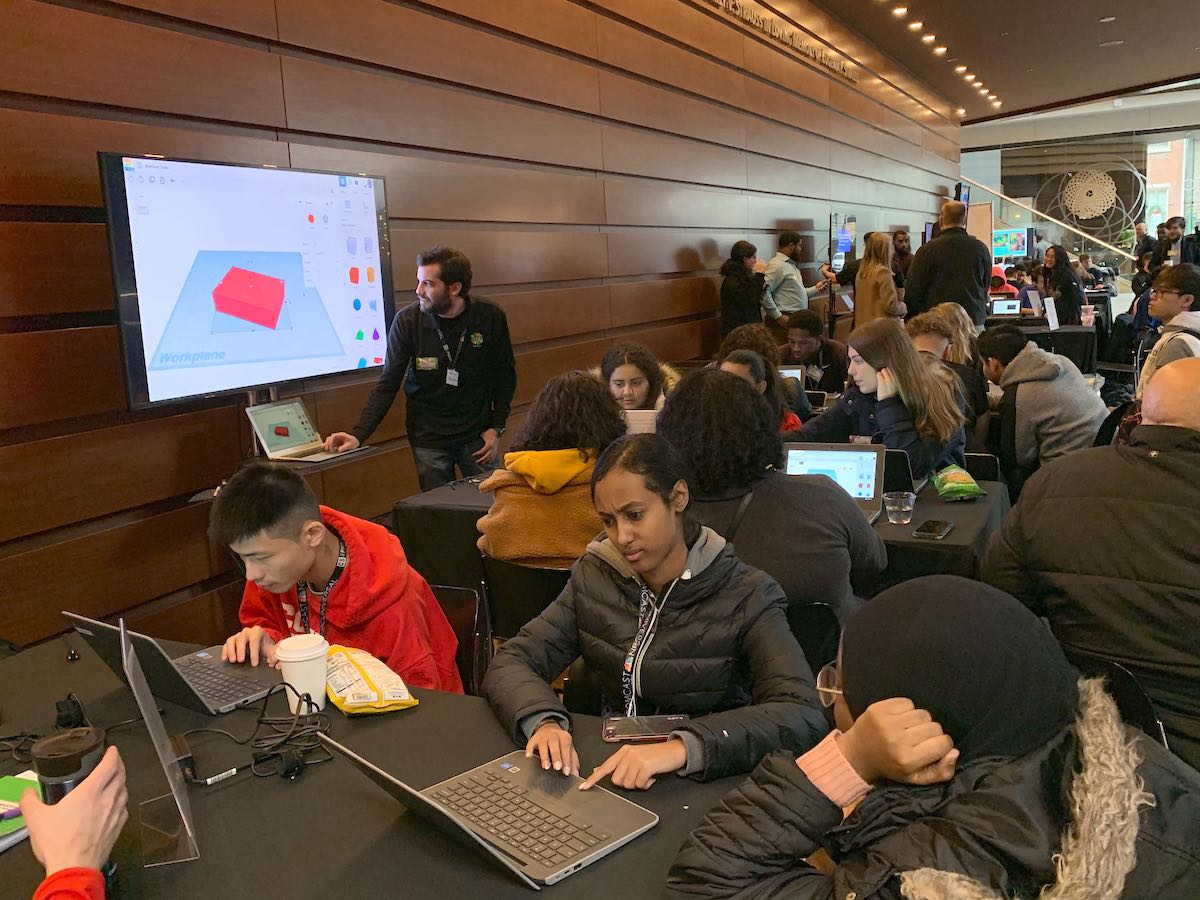 CS4Philly, the local effort to get K-12 students interested in careers in technology, kicked off its second annual Computer Science Education Week Monday at the Kimmel Center with a day of speakers and hands-on tech learning for area high school students.

The organization created local programing mirroring an Obama-era movement called CSforAll last year, and partnered with Comcast to bring in local tech pros for a day of learning. The goal for the week: to show that pursuing a career in tech is accessible for anyone.

About 1oo students from 13 Philadelphia high schools are spending CS Experience Day learning from mentors from Comcast and TechServ while participating in some hands-on tech activities.

Khalia Braswell, founder of INTech, a nonprofit that hosts programs for middle school girls of color to learn coding, told students about how pursuing tech has afforded her the ability to gain control over and construct her life, especially affording her the ability to “get in the room” over and over again.

“I didn’t go into tech for the money, I did it because I love it,” she said during her keynote speech. “But it afforded me the ability to play out my life in ways I never expected.”

Braswell recently moved to Philadelphia to start her Ph.D. in computer science at Temple University, and told students that becoming creators of tech can be a way to give back to their communities.

“It’s one of those careers where if you think something up, you can create it,” she said. “Tech equals opportunity.” Naomi Housman, who cofounded CS4Philly about two years ago, said her background as an educator helped her realize that bringing tech knowledge to today’s high schoolers was imperative to creating the next generation of makers. Her background is in language arts, but she sees fluency in tech as another essential form of literacy, she said.

“When I looked at the bigger picture, of how Philly stood the context of the nation and the world, my educator radar was going off,” she said. “I think we would be doing a disservice to students if we didn’t try and bridge the gap into that tech space.”

Students came from schools all over the city, some with a focus on STEM, such as Carver High School of Engineering and Science and the Swenson Arts & Technology High School. After keynote speakers in the morning, the students are rotating between stations, where they can try their hand at 3D design, create a video game with JavaScript, or learn the concept of a network through a pizza shop role-play exercise.

This morning I’m at CS4Philly, the second-annual event bringing Philly high schoolers together with tech professionals to get kids excited about careers in tech. pic.twitter.com/u6RQv9trRn

Victor Hernandez, a teacher at Science Leadership Academy, brought a handful of students from his intro to computer science class for a second year. He said the day of programing gives his students a practical view of what they talk about in theory in the classroom.

“It’s essentially giving them exposure and examples of real-life things they can do with these skills,” Hernandez said. “I think it opens their mind, and kind of enforces, ‘You can do this.'” 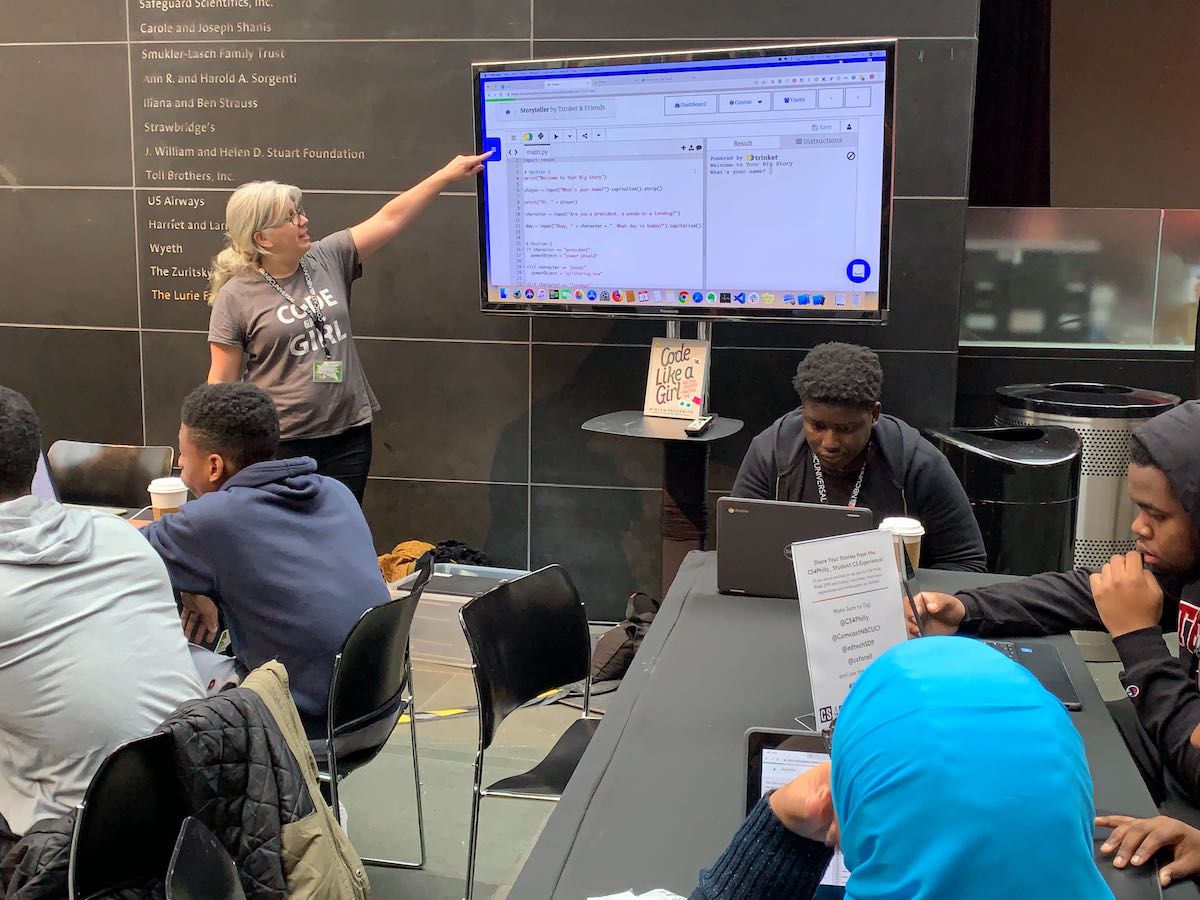 That’s exactly the reason Leslie Chapman, a distinguished software engineer at Comcast, signed up to be a mentor for Monday’s event after participating last year. To her, getting kids into the talent pipeline as early as possible is the goal.

“Sometimes it’s really hard to get high school kids involved and engaged, but they were so engaged all day, asking questions, big smiles all over the place,” Chapman said. “I think it just comes down to letting these students know that [tech] is something they can definitely do.”

After a day of programing at the Kimmel Center, Philly’s Computer Science Education Week continues Wednesday with the CS4Philly Summit & CS Teacher Awards.