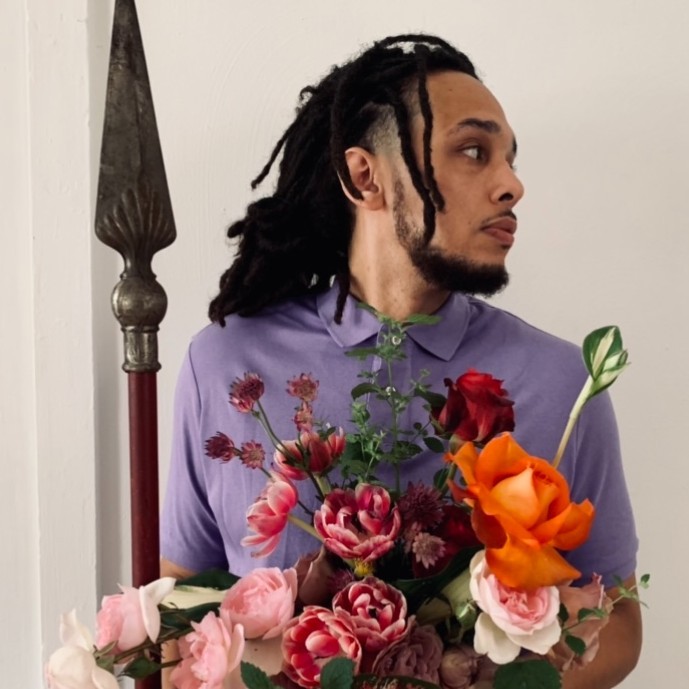 A marker of the millennial experience is growing up right alongside technology. Born in 1983, that was certainly the case for Amil Cook.

He remembers video games that came on floppy disks. He remembers the transition from mixtapes to Napster. He remembers the MacBook lab in his Boston elementary school and learning HTML. But most of all, Cook remembers his days at Atlanta HBCU Morehouse College, where students were encouraged to put service first. A master’s degree had prompted the ZIP code change.

Over a decade later, Cook is the director of technology programs and curriculum at Wilkinsburg-based community center Community Forge, and a self-described hip-hop technologist. In this capacity, Cook combines his need to serve with his love of technology to teach the next generation to use technology in community-oriented ways.

So, what does it mean to be a hip-hop technologist? Just about anything you want, according to Cook, one of Technical.ly’s 2022 RealLIST Engineers honorees in Pittsburgh: It means taking the best aspects of one’s own experiences and the experiences of those around them and “remixing” them into something that benefits young people. Although Cook is aware that hip-hop isn’t always associated with positivity he focuses on a definition rooted in healing and honoring cultural traditions.

“It means that I’m using technology for my community,” Cook told Technical.ly. “I’m using it in a way that taps into our historic traditions or diasporic traditions, but also, it makes a difference right now, today, on the ground in the community, and hopefully extending into the future. When I say hip-hop technologist, I’m not trying to fit into someone else’s bubble.”

You might consider hip hop and technology to be two areas with little overlap. Yet Cook cited that from the scratching technique that Grandmaster Flash introduced to the world in the 1970s to the music production that makes the genre stand out, the two have often gone hand in hand.

“A lot of the sound production equipment, studio recording equipment, was leveraged by hip-hop creatives, and the same thing goes to visual arts,” Cook said. “I know that the Googles and Apples and the larger ecosystem of Big Tech infrastructure, that might not ring a bell for them. But [hip-hop creatives] already established who we are and what we can do with technology.”

Prior to his current position, in Pittsburgh, Cook taught computer science and graphic design at Propel Schools and was a career readiness teacher at City Charter High School. When Cook’s not authoring curricula or collaborating with other members of Community Forge, he’s teaching, which entails going directly into schools to implement technology curriculums. He tries to keep in mind that traditional educational institutions can often “fail” young people: Growing up in a world where technology rapidly shifted from being a luxury to a necessity that was constantly in a transitional state, he considers himself uniquely qualified to connect with young people.

“A lot of what they want to do in the world revolves around them having tech skills, so I like to be right there to support them and encourage them and let them know that there are people who look like them and people who don’t look like them who want to be of service,” Cook said.

Still, access to devices remains an issue for many of the students he works with. Cook can empathize, as most of his access to technology growing up came through school, libraries, exposure to software at his mother’s job at a doctor’s office, and with his family’s support. Without those things, his interest in technology might not have been able to grow.

“They don’t have a desktop PC in their home, they don’t have a full-fledged operating system,” Cook said. “They might have a Chromebook [but] they don’t have someone in their inner circle [with] a high degree of technical fluency that can actually assist them when they run into the technical stress related to pursuing a new skill.”

Cook's advice for future technologists? Keep it human-centric and don’t be afraid to share your skills with the people around you.

Through BootUp PGH, a Community Forge program that Cook founded, the program tries to combat the issue by providing program participants with access to tech such as iPads, audio recording equipment, PCs and gaming consoles. It’s also a space, where physically or virtually, a young person between the ages of 8 and 18 can learn about video editing, ecommerce, app development, and even artificial technology. Additionally, BootUp PGH offers mentorship and an online space where kids can learn about technology.

With several years of classroom experience under his belt, Cook measures success a little differently than others might. For him, whether or not a youth STEM program went well isn’t about corporations having examples of community service to cite or even a program being fruitful in the traditional sense on the first try. It’s about making the lives of the children who participate in those programs better, he said, even if a decade later the kids involved aren’t working at those giant Silicon Valley companies.

“For me, it’s about the actual lives of young people,” Cook said. “It’s actually being on the ground and being committed to the community, regardless of the outcome.”

What advice does Cook have for the next wave of technologists? Keep it human-centric and don’t be afraid to share your skills and your discoveries with the people around you. And believe it not, he said, not every answer you need can be found in technology.

“Technology is not everything. Be a human first because that will give you insights into whatever it is that you’re trying to do, because ultimately you want to benefit humanity with your technology products,” Cook said. “Sometimes there’s a lot of lessons we can learn from putting technology down. Technology doesn’t have all the answers but humanity does.”

Atiya Irvin-Mitchell is a 2022-2023 corps member for Report for America, an initiative of The Groundtruth Project that pairs young journalists with local newsrooms. This position is supportedby the Heinz Endowments.
Series: How I Got Here Month 2022, How I Got Here
-30-
Subscribe to our Newsletters
Technically Media

Career changes, calls to service: Why these 4 Pittsburgh technologists chose their specialities