This week, CEO Rebecca Rosenberg and her colleagues at ReBokeh will be among the sea of tech founders, developers, investors and aficionados descending on Las Vegas for one of the world’s most significant consumer expos.

“We are excited to showcase our technology, which brings independence to the lives of its users, at the most influential tech event in the world!” Rosenberg told Technical.ly via email about the startup’s sojourn to CES, the annual international trade show that the Consumer Technology Association is staging in the southern Nevada metropolis between Thursday and Sunday.

As the world’s biggest companies debut new products, snatch headlines and navigate diplomatic quagmires, startup leaders such as Rosenberg are similarly trying to get their innovations before those who can help them reach the next growth level.

“We are also looking to connect with potential partners who are interested in supporting the visually impaired community through technology,” Rosenberg said.

ReBokeh’s signature product is an eponymous app that aims to provide those living with visual impairment a series of tools, including custom video filters and a powerful zooming feature, that can help them better navigate the world without expensive assistive technologies. Rosenberg, who was diagnosed with oculocutaneous albinism as a child and struggled for years with insufficiently helpful tech solutions, has already successfully completed Towson University’s StarTUp at the Armory accelerator and showcased at TechSlice’s winter 2022 demo day.

“As a founder with a visual disability, I am so incredibly thrilled that organizations and conferences like CES are recognizing not only ReBokeh, but other startups and companies, as well, that are working to support accessibility,” she added. 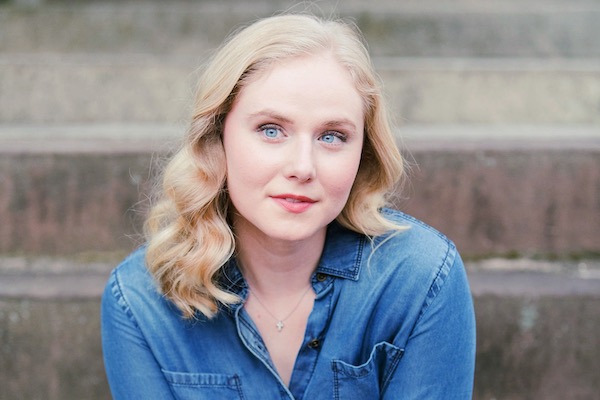 Rosenberg said ReBokeh got to showcase at CES thanks to being selected for a free exhibit by the health arm of the Consumer Technology Association Foundation, the CES organizing institution’s philanthropic wing. On Friday, the company is also set to compete in the foundation’s annual pitch competition, where it will square off against eight other finalists for up to $3,000 in cash.

If that wasn’t enough to pack into four days, Rosenberg will appear on a Saturday panel alongside other diversity, equity and inclusion-concerned ecosystem leaders. The panel will highlight how to best create inclusive and accessible products, as well as build these perspectives into product ideation.

For enduring these myriad commitments and the general hustle-bustle of a conference this big, Rosenberg shares some simple advice her team received: “Stay hydrated and always have on hand your preferred form of caffeine.”

ReBokeh is one of several companies with Baltimore-area headquarters or major offices exhibiting innovations and services during CES. Others include trade credit insurance giant Allianz Trade, which maintains its North American headquarters in Owings Mills; global testing and certification services provider Element, which has offices in Columbia; sensing and processing tech developer Oculi, a denizen of the bwtech@UMBC facility at the University of Maryland, Baltimore County; Hunt Valley-based telecommunications tentpole Sinclair Broadcast Group; and breath-based viral diagnostics company Opteev.