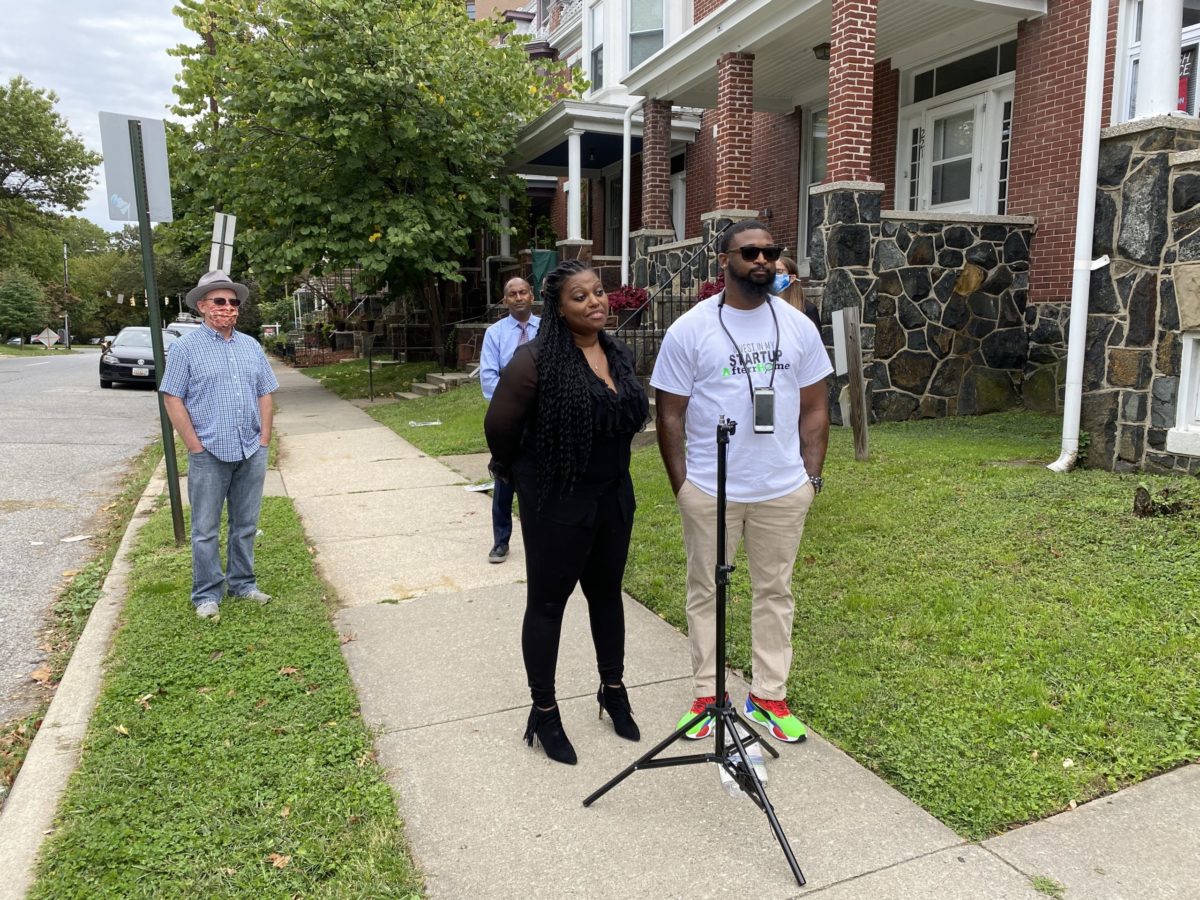 Systemic investment disparities make it harder for Black businesses to get off the ground. A new route through grassroots crowdfunding is seeking to give everyday people a chance to help a local biz get going.

“When it comes to investment, most of the time people can go to friends and family and get large investment, but that’s not a reality for a lot of the minority founders, and so crowdfunding investment was a great fit for us because it allows us to tap into our networks and give people the autonomy and empower people to become investors for as little as $100,” said Lenora Felder at a Remington press conference held Thursday.

Felder and Michael Floyd founded Afterrhome, the Woodlawn-based company that recently won DC Startup Week’s pitch competition, showing one nontraditional route that has helped Black founders access capital. On Thursday, it launched a crowdfunding investment campaign on the platform WeFunder that has already raised 10 times the $1,000 prize from the pitch. Raising anywhere from $50,000 to $250,000 will help Afterrhome as it builds a system that uses artificial intelligence to scan neighborhood property data for potential environmental hazards, its founders say. It will also allow for remote, livestreamed inspections, which Floyd said will help during the pandemic.

Environmental factors play a role in the disadvantages that play out for Baltimore’s redlined neighborhoods. A prime example is lead paint poisoning, which remains a risk for children.

For the crowdfunding campaign, the company is working with Community Wealth Builders. The Baltimore org launched a program called the Maryland Neighborhood Exchange in December to help connect companies with grassroots crowdfunding. The idea, said Community Wealth Builders Director Stephanie Geller, is to turn the community members who want to buy from local businesses and support them into investors.

“If a business converts their customers into investors, it gives them a financial stake in their business. It’s going to be a much stronger connection,” Geller said. “Those customers are going to use the business more and it’s going to ideally help create a much more sustainable, resilient economy for years to come.”

Since launch, 25 businesses were featured on the exchange, and they’ve raised $200,000, said Geller. Of those, 85% are minority-owned.

It’s bringing a federal provision that allows non-accredited investors to back businesses to the local level. As former Maryland deputy attorney general and Baltimore mayoral candidate Thiru Vignarajah pointed out, crowdfunding can also have the effect of keeping the wealth generated by a business in the community.

“Investors don’t have to be big billionaires in New York City, they can be your neighbor, they can be your customer, and if a person is willing to put 100 or 200 dollars towards a socially conscious, locally owned business knowing that they are not only supporting a local biz but expecting to get a return on their investment, as well, that’s good for everyone,” said Vignarajah, who serves on the advisory board for Community Wealth Builders.

Another of those socially conscious businesses is Neighborhood Sun. The company invests in community-shared solar power, which brings sun-generated electricity generated offsite to apartments and houses, even if they don’t own a roof — “founded on a very simple concept and that is the power of the sun, solar and electricity, should be available to everyone and not just the privileged few,” said company marketing executive Matty Guerin.

After launching its WeFunder campaign in June, the business had raised nearly $390,000 as of Thursday.