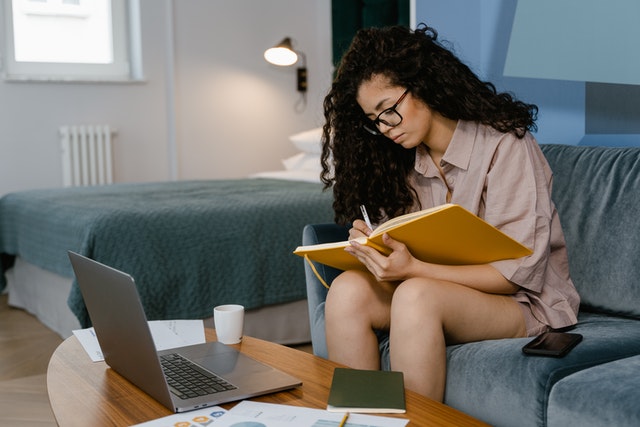 Preparation is necessary when you're facing down a technical interview.

(Photo by Mart Production on Pexels)

It was the low-key quiet of the Carnegie Library of Pittsburgh that helped Felix Matathias land a coveted software engineer position at Facebook.

Matathias, a Ph.D. in nuclear physics, has worked as a software engineer for several other massive companies including Uber, Bloomberg and PNC. He knows what it’s like to go through the wringer known as the technical interview.

If you haven’t yet had your first high-stakes technical interview, it’s worlds away from a standard job interview. Technical interviews can take anywhere from a few hours to literal months, and include real-time coding and design challenges, as well as behavioral interviews.

As part of Technical.ly’s Introduced interview series, Matathias shared advice on how to prep for a technical interview. Consider these four tips:

1. Ask what you should know

If, when you land the interview, the company doesn’t give you details on what you’re expected to know for the position, it’s perfectly OK to ask them — and it will make your prep more focused.

“You should ask what you are going to be doing,” Matathias said  “What are you going to be using, for example, for your design interview?”

Some people go through intensive training programs to get ready for a technical interview. You don’t need to do that, especially if you have experience, but practice is a necessity if you’re going to be ready for the challenge.

“I thought, how are we going to practice not being stressed or not thinking that you’re not doing well? And I tested it and it is actually practice,” Matathias said. “There are many things that people can do to prepare. LeetCode is a website that people use a lot to solve algorithmic problems. And I would say yes, you have to do it.”

Practicing to prepare for a technical interview might sound like something you can fudge, but it’s best if you focus on your actual experience level.

“You cannot fake it, really, if you’re not a good developer, if you don’t have experience. If you’re a junior developer you cannot just go to LeetCode and solve the problem for a senior developer,” Matathias said. “Because what happens is this: The problems in the interview will have follow-ups, and the interviewer just keeps probing deeper and deeper and deeper. So don’t don’t fake it.”

Here’s where, for Matathias, the public library came in — a place to study and research, especially if you have a lively home life with kids or roommates.

“It’s basically isolation,” he said. “And it sets a schedule. I knew that I would I would be the first person who would open the library at 9 a.m. on a Saturday and stay until 5. It gives you momentum, it even gives you a plan, because it’s a process. So I used to go there and, yes, I had my own little space.”

Depending on the position, you might need a couple of months to prepare for a technical interview. As counterintuitive and it seems, it’s better to ask to postpone an interview that go in under-prepared.