Change has been a near constant theme for Duolingo over the past 13 months. The East Liberty-based company has gone public, acquired a new building, and branched out from making strictly a language learning app by announcing Duolingo Math.

Even with a larger staff and an expanded bank account, Global Head of Communications Sam Dalsimer told Technical.ly that at its core, it’s still a company that believes that access to free education can change lives.

Yes, it’s still a relatively laid-back workplace — this reporter spotted employees skateboarding through the offices and dogs hanging out near desks during a recent tour of Duolingo’s second HQ building, opened this summer across a parking lot from its first. But Dalsimer says the transformation from startup to public company over the past decade came with added responsibilities to go with the benefits. For starters, a level of transparency that wouldn’t have been expected of them before is now required. 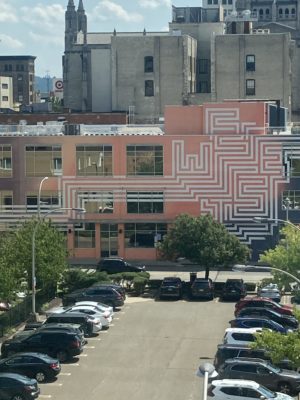 “We have all kinds of new people and processes in place,” Dalsimer said. “We have a chief financial officer, we have a general counsel, we have somebody who manages investor relations.”

The upside, the comms head explained, is that being public means that the company has gained more visibility, legitimacy and stability that isn’t typically associated with startups. Not being on shaky ground is a selling point for investors and prospective employees.

As it is, if you walk into Duolingo offices, in addition to the owl merchandise, you’d find software engineers, product managers, designers and curriculum specialists. Operating on a hybrid model, most of the company’s employees have transitioned into working in the office at least three days a week, with exceptions made for employees who need to work remotely due to health considerations or family reasons. Currently the company has 550 employees worldwide, with 350 based in the Pittsburgh offices. 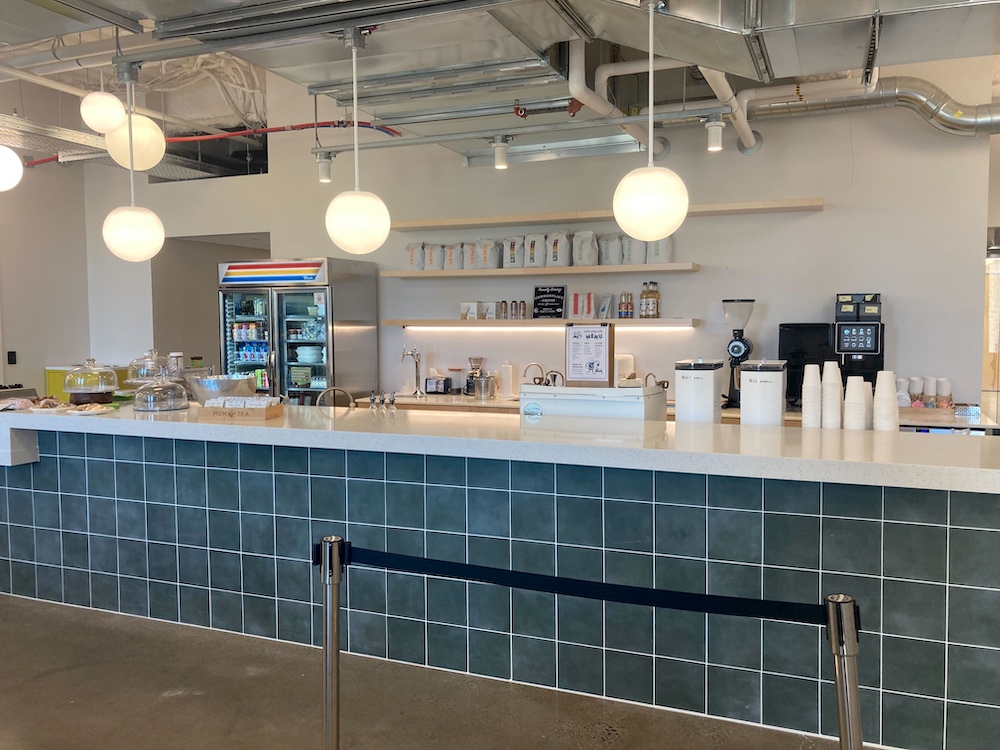 Inside Duolingo. (Photo by Atiya Irvin-Mitchell)

The app itself being beloved throughout the world — Duolingo reports 500 million users — doesn’t mean the company doesn’t have its critics. Duolingo moved into its current building near Bakery Square in 2016, as low-income housing in the historically Black neighborhood was being pushed out. As a result, and despite the company’s promises to be neighborly, some Pittsburghers have come to associate Duolingo and tech companies like it with the gentrification and affordable housing problems that plague the city. 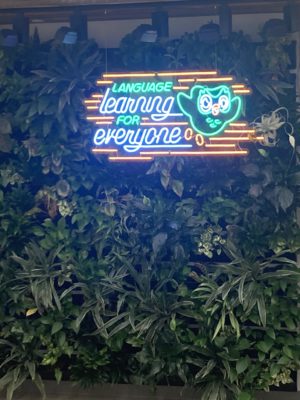 Inside. Duolingo. (Photo by Atiya Irvin-Mitchell)

“We know we probably are not going to win over everyone,” Dalsimer said, “but we know that if our hearts are in the right place, if we care about this issue, and put people and resources behind it and try to take steps towards being good neighbors, I think we can, hopefully, improve that reputation over time.”

Parts of the company’s efforts to be a part of the community have included projects such as Duo’s Taqueria, which opened this past spring next to its headquarters, but also more socially conscious efforts such as committing to donating $150,000 to supporting local artists in 2020.

The same year, the company launched its Duolingo Research Grant program to support doctoral students studying language learning. Furthermore, to keep community concerns in mind in 2021 the company brought on Dr. Kendra Ross as its head of social impact. In her time at the company, Ross has led projects such as continuing the Community Arts Fund — check out its most recent grantees — and sought to partner with education organizations. 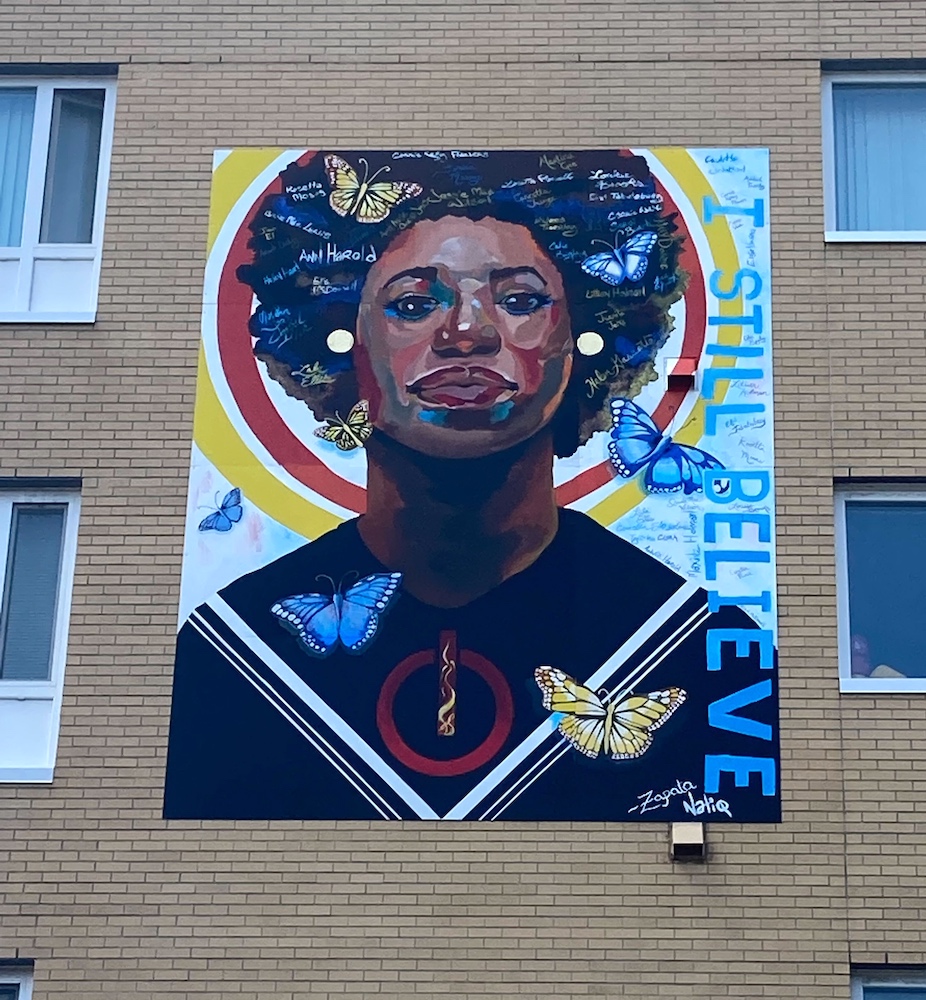 So Duolingo is committed to sticking around. And though the company looks different than it did in its early days, Dalsimer said it hasn’t strayed from its mission.

“There’s a huge amount of inequality created by the current education system that people who have money can afford the best education and those who don’t, often don’t get the same access to the same quality of education,” he said. “We want to use technology to make it so that anyone in the world, no matter where they are, can access a high quality education. That is what drew me to this company.”

Atiya Irvin-Mitchell is a 2022-2023 corps member for Report for America, an initiative of The Groundtruth Project that pairs young journalists with local newsrooms. This position is supportedby the Heinz Endowments.
Companies: Duolingo
Subscribe