About Nemphos Braue Find Out More
TOP ARTICLES
1
‘Cyber soft skills’ can empower lower-wage workers and shrink the talent gap
2
Jet propulsion-focused Wave Engine lands $3.5M round alongside new Baltimore facility
3
This Week in Jobs: Travel delay? Use that time to check out these 26 open roles 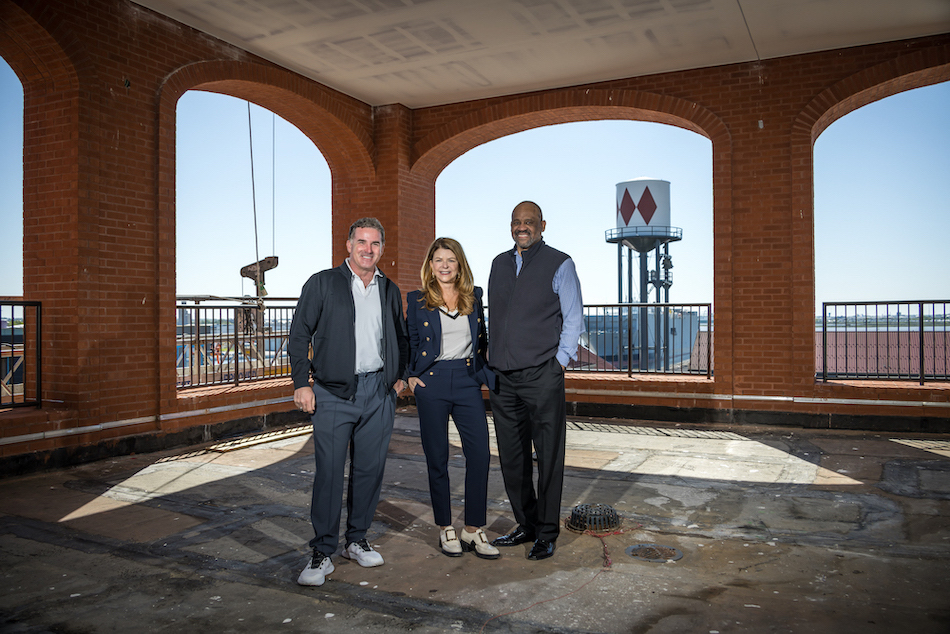 After multiple revisions to the original plans behind what the South Baltimore development and surrounding neighborhood would entail, the main partners behind Port Covington today announced a rebrand for the entire area.

Development partners and parent entities Sagamore Ventures, MAG Partners, MacFarlane Partners and Goldman Sachs’s Urban Investment Group said in an announcement that the 235-acre waterfront development’s rebrand arrives around the completion of the first stage of construction. According to that statement, the renaming “reflects the community’s location along the Middle Branch” of the Patapsco River’s waterfront, as well as “the businesses, nonprofits, and destinations that already exist at the site.” Such businesses include the adjacent Rye Street Tavern and Sagamore Spirit Distillery, the latter of which is a property of Baltimore Peninsula leader and Under Armour executive chairman Kevin Plank’s aforementioned Sagamore Ventures.

“There is no doubt in my mind that the city will continue to benefit from the momentum and energy that has resulted from the creation of this new waterfront neighborhood,” said Plank, Sagamore Ventures’s CEO, in the announcement. “The impact is undeniable.”

Up to this point, that impact is best manifest in the tremendous construction immediately visible to anybody driving on the stretches of I-95 that cross South Baltimore. The Baltimore Banner noted that this development has faced numerous delays and critiques ever since developers pitched in 2016.  Many of those concerns revolved around the $5.5 billion development’s heavy use of public subsidies, including a $660 million tax increment financing agreement whose 2016 approval by City Council was the largest such deal the city ever condoned. These issues arose against the backdrop of high-level departures at Plank’s Under Armour, including his own, as well as other issues that threatened the athletic apparel giant’s public image.

None of these concerns are apparent in the partners’ statement about Baltimore Peninsula, which instead leaned on the new amenities and facilities — including Rye House and 250 Mission, which will offer 416 “brand-new affordable and market-rate residences” — in the reimagined neighborhood. Of those 416 homes, 35 at 250 Mission will be dedicated to households earning 80% of the area median income, or AMI, while 54 at Rye House will be dedicated to those earning 50% of the AMI. Two of the three planned residential components are expected to begin in the first quarter of 2023.

President Mike Middleton of the SB7 Coalition, a group of associations for the seven neighborhoods on the southern edge of the city (including such long-segregated, underserved areas as Brooklyn and Cherry Hill), said in the partners’ statement that the prior community benefits agreement between the neighborhood and the developers would guarantee that “as Baltimore Peninsula transforms into a new home for many, the surrounding communities are lifted up alongside it.” Commercially, about 1.1 million square feet of mixed-use space, including office and retail, will open in early 2023. Current lessees include interior design firm H. Chambers Company, which is expected to move into its 9,000-square-foot space in March.

In addition, the developers announced a partnership with construction-related tech company Sweeten and Goldman Sachs’ One Billion Black Women project on a vendor-sourcing platform. The Sweeten Enterprise will apparently help the developers contract and seek services from more businesses owned by women and minorities.

“The Sweeten Enterprise platform is the missing link between developers and a more diverse talent pool, and will help us prioritize a community-based workforce and local businesses,” said CEO MaryAnne Gilmartin of New York City-based MAG Partners in a statement before the name change announcement. “In partnership with Sweeten, we worked collaboratively to design, develop and produce a new tool that can not only support the [minority and women-owned business] goals of Port Covington, but can also be a tool for the entire industry to benefit from.”

The partners have also collaborated with the pre-apprenticeship program Project JumpStart to incorporate its 22-week construction training program into Baltimore Peninsula’s development. The partnership received financial backing from Sagamore Ventures.

While the Banner noted that one of the previously abandoned plans for the development included a tech hub called Cyber Town USA,  industry followers and denizens will likely know the new Baltimore Peninsula as the home of City Garage, which will house coworking entity and local ecosystem developer Betamore until February. Betamore’s managing director Kimmy Andrulonis told Technical.ly via email that she believes Baltimore Peninsula has already shown its use value even before the rebrand.

“The positive impact that the development has already made on South Baltimore through these phases of planning and construction is felt throughout the city,” Andrulonis said. “The more collaboration with surrounding neighborhoods and businesses, the more we all rise together! While we are moving out of City Garage at the end of our lease in February 2023, I feel strongly that the continued relationship will be important for us and the new Baltimore Peninsula community.”

The entities behind the project, who did not immediately return a request for comment via BerlinRosen press representatives, will celebrate this new future at a special event on Tuesday evening. In the interim, here are some more images from the partners that showcase what the development may look like: 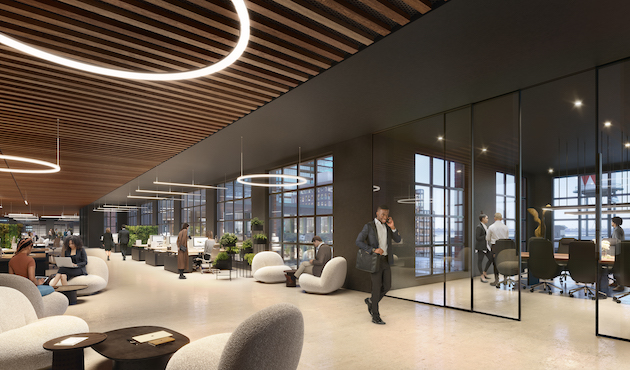 A rendering of a Baltimore Peninsula common area. (Courtesy image) A rendering of a courtyard within Baltimore Peninsula. (Courtesy image)

Betamore is out of the coworking business. Here’s what’s next