About Nemphos Braue Find Out More
TOP ARTICLES
1
Your company’s founding date is bullshit
2
How do immigrant entrepreneurs thrive in Philadelphia? 5 business owners on building their legacies
3
‘You have to build culture’: MKEsports Alliance’s founder talks esports’ potential 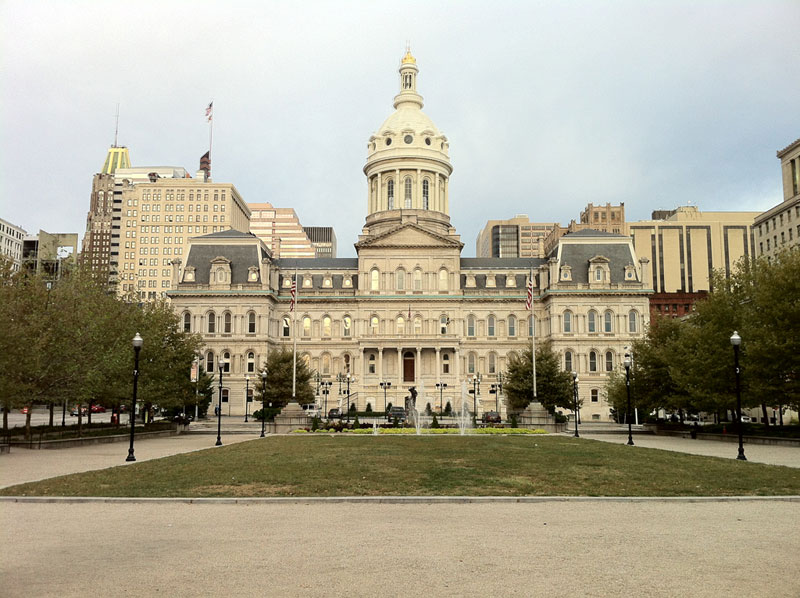 It’s the annual week of budget hearings at the Baltimore City Council, and that means the city’s tech-focused departments went before elected officials to discuss next year’s spending plans and other topics on their operations.

On Tuesday, members of the City Council’s ways and means committee questioned agencies including the Baltimore City Office of Information & Technology (BCIT) and the Mayor’s Office of Performance and Innovation (OPI) on their proposed spending plans for fiscal year 2022. The hearings are held ahead of a final City Council vote on the budget.

In the fiscal year 2022 preliminary budget for Baltimore City, the BCIT budget is around $51 million. That might look like a lot, but it’s about $1.2 million less than last year. It comes after 2021, when the department had a significant increase of $12.5 million.

“When you look at our budget for 2022, you’re going to see lots of puts and takes,” said Todd Carter, Baltimore’s chief information officer. “What we’re trying to do is to align our spending to our budget.”

On the whole, BCIT received praise from councilmembers for its work as an agency, as well as Carter’s leadership over the last two years. One caveat: Discussion of the city’s 2019 ransomware attack — and the city’s IT security posture in general — was off limits due to ongoing investigations.

For OPI, which oversees the CitiStat program, the city’s data fellows program and the mayor’s innovation team, the budget is just over $1.7 million. With the pandemic, the office shifted toward response to the public health crisis that went beyond its typical scope of work.

“We’ve reorganized almost everything we’re doing to bring data and human-centered design to the most urgent needs of the moment,” said OPI Director Dan Hymowitz.

This included working with the city’s health department on the city’s COVID-19 dashboard. It also created a system to manage the city’s newly-distributed workforce during a period of remote work. The innovation team also worked on communications messaging around COVID-19 and vaccines, as well as the launch of the Baltimore Health Corps.

During questioning, OPI leaders fielded queries about how completed work orders were confirmed. Committee members including Councilmember Antonio Glover talked about their experience with work that was confirmed to be done in in the city’s CleanStat dashboard, which helps the city’s Department of Public Works track overdue work orders, but remained unfinished. BCIT’s 311 was questioned on a similar issue, as councilmembers said service requests were being identified as closed when an issue wasn’t necessarily resolved.

The hearings also included a half hour shared by recently-named Director of Broadband and Digital Equity Jason Hardebeck and Chief Data Officer Justin Elszasz to answer questions from the committee about their new positions. Both leaders were named by Mayor Brandon Scott in March, and are in citywide roles within the mayor’s office.

Hardebeck laid out his short-term and long-term goals. These included putting $1 million toward supporting community broadband pilots and leveraging city assets to create an open access network that would make it easier to bring additional internet service providers to Baltimore.

“Any modern city has to have a plan to have city fiber to every address,” Hardebeck said in response to a question from City Council President Nick Mosby.

A strategic plan is expected to be released in the fall of this year, according to the broadband and digital equity director. Similar strategic planning has been pursued during the administrations of former mayor Catherine Pugh and Bernard C. “Jack” Young. Jason Hardebeck presents on Baltimore’s Office of Broadband and Digital Equity. (via City of Baltimore)

Donte Kirby is a 2020-2022 corps member for Report for America, an initiative of The Groundtruth Project that pairs young journalists with local newsrooms. This position is supported by the Robert W. Deutsch Foundation.
Companies: The Baltimore City Office of Information & Technology, Baltimore City Council
-30-
Subscribe to our Newsletters
Technically Media