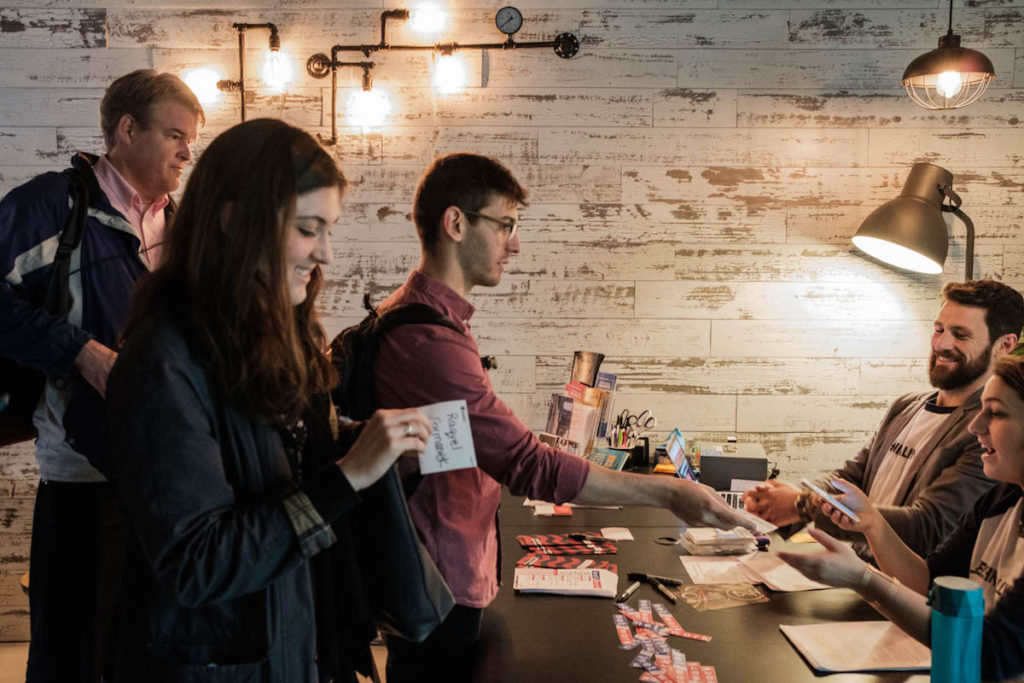 Attendees approach the registration table at NET/WORK Brooklyn 2017, which was hosted by CoLab-Factory.

Technical.ly Brooklyn is first to report that the Atlanta-based email marketing company MailChimp will be taking offices at coworking space CoLab-Factory.

“I think it’s a game changer to have a startup legend such as MailChimp come to Brooklyn,” CoLab-Factory owner Shane Barbanel wrote in an email. “We are over the moon that they are here at the CoLab-Factory with us but the big win is for Brooklyn as a new option for established tech players nationally and globally to seek us out, and really if one of us rises, we all rise, don’t we?”

I'm psyched we now have @MailChimp offices in Oakland and Brooklyn and are hiring for both: https://t.co/VcQLp6BriW https://t.co/ORkwzzEDOP

Barbanel said the Atlanta-based company would be taking seven desks at CoLab-Factory, at least some of them in software engineering.

Mailchimp was founded in 2001 by Ben Chestnut and Dan Kurzius. It’s been bootstrapped all the way, having never taken venture money. The company now has 600 employees. Along with Brooklyn, it will be opening an Oakland, Calif., office.