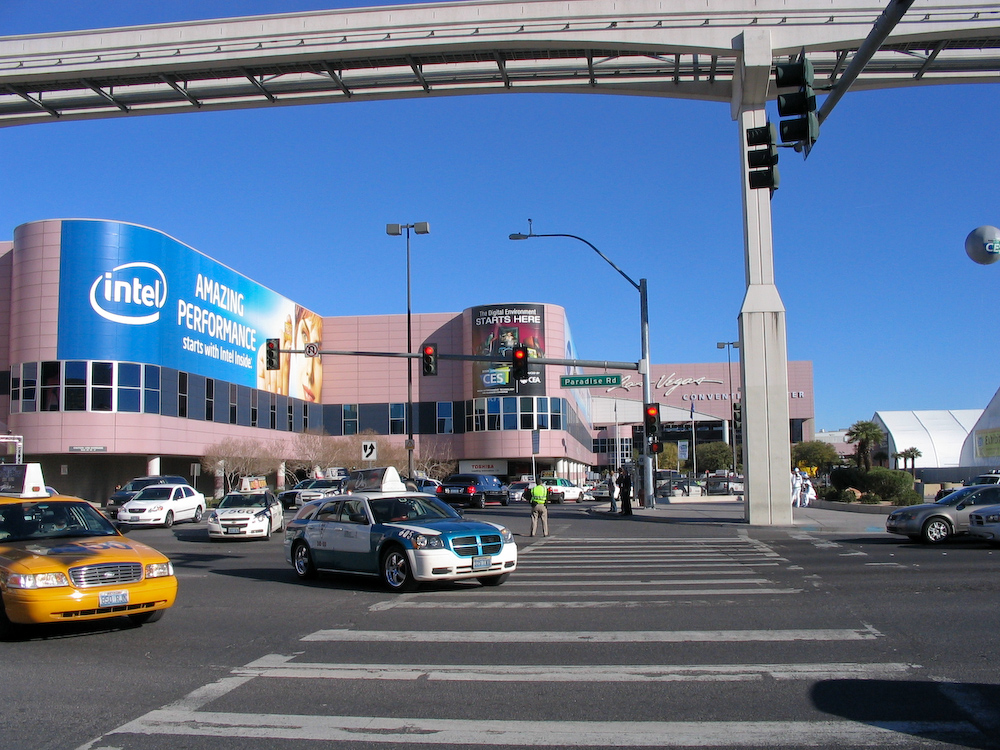 Taxis leaving the Las Vegas Convention Center during CES in 2009.

Downtown Brooklyn-based Bandwagon, an app that facilitates the sharing of taxis, demoed all week at the Consumer Electronics Show this year. It was Bandwagon’s second year at the storied tech event. Bandwagon users preparing to share a cab in Vegas. (Courtesy of Bandwagon)

Bandwagon set up a fast lane for taxi customers willing to share cabs, matching people up who were going roughly the same way. It was the official ridesharing app of the Las Vegas Convention Center.
“CES 2015 was a perfect place to implement a smarter, more efficient mobility option,” said David Mahfouda, founder and CEO of Bandwagon, in a release from the company. “We were met with enthusiasm by an extremely sophisticated, tech-savvy audience, and our userbase grew significantly. We look forward to building on our success next year with the LVCC and the city of Las Vegas.”
Bandwagon was founded in 2013. It recently raised a $425,000 equity round.
Companies: Bandwagon
-30-
Subscribe to our Newsletters
Technically Media