Double parking no more? Philadelphia is testing out a tool for smoother commercial parking on city streets.

On Monday, the City of Philadelphia announced the Smart Loading Zones pilot project, an initiative to test technology that regulates loading and parking in Philadelphia.

The project is a collaboration between SmartCityPHL within the Office of Innovation and Technology (OIT); the Office of Transportation, Infrastructure, and Sustainability (OTIS); the Philadelphia Parking Authority (PPA); and the app vendor Pebble by Sidewalk Lab. It follows a request for proposal process that opened in December 2021.

The initiative re-designates 21 loading zones around Center City as “smart,” meaning they will be digitally managed. Delivery and other commercial drivers rivers can reserve the parking spaces in those zones through the Pebble Driver app. At the moment, the space can only be used by one person for up to an hour at a prorated rate, and drivers must be within a half mile or 15 minutes away from a space to reserve it.

Akshay Malik, OIT’s former infrastructure innovation coordinator who took over as SmartCityPHL director this summer, told Technical.ly the City is not changing any existing parking regulations. It’s just making it accessible for drivers to see where they can and cannot park through an app rather than needing to climb down from their trucks and walk along the street to read the signs.

The project required digitizing entire city blocks through the Pebble app. Malik said the team took pictures of the signage on these blocks and other assets such as benches and fire hydrants to note where commercial parking spaces are available.

On the user end, open spaces are shown on the app for drivers to reserve and park in. There is also a dashboard that the PPA and city officials can view that shows the data of all the people using the app to park. Citizens who want to use the driver app can download it and make an account including vehicle information and a payment method to pay for the parking — about $3 per hour. The pilot begins on Oct. 17 and will last about six months, ending in the spring of 2023. 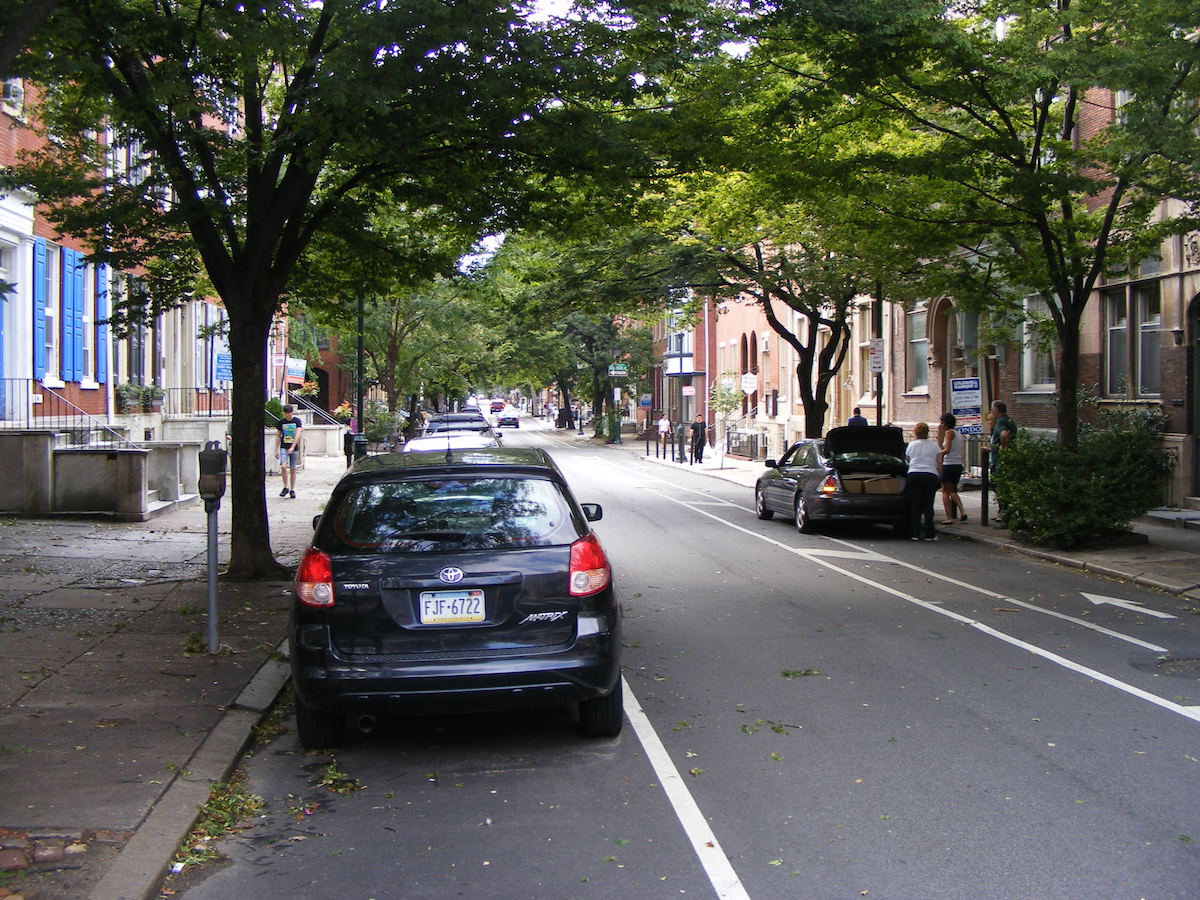 According to Malik, this program is open to all citizens, but specifically targets people who are fleet operators, or those who manage more than three vehicles. He said people who manage a fleet of vehicles have more need for these parking spaces.

The goal of this pilot is to manage loading activity, provide reliable parking for curb spaces and reduce illegal parking activity. Don’t make a reservation? Your car might get towed. The pilot is not meant to be punitive, but to test need.

“The data collected from this helps us understand the demand and occupancy of these spaces,” Malik said. “Is the demand not being met given the spaces, or is it a behavioral issue of people not using the space? Those kinds of data points will help us understand what kind of infrastructure support do we need to provide.”

Malik is working on this project after taking on the job after the previous director, Emily Yates Giulioni, left to become SEPTA’s chief innovation officer. He’s also worked as a data analyst for OTIS, so his skill set makes sense for this particular project.

“We’ve been focusing a lot on privacy, on data management, and me being a data nerd, on data science practices,” he said. “So hopefully you will see soon a lot about how we are partnering with local universities to tap into their data science tools and resources to sort of help us move the needle on what we do with the data.”

Sarah Huffman is a 2022-2023 corps member for Report for America, an initiative of The Groundtruth Project that pairs young journalists with local newsrooms. This position is supported by the Lenfest Institute for Journalism.
Companies: City of Philadelphia, Office of Innovation and Technology
Series: Tech + Government Month 2022
-30-
Subscribe to our Newsletters
Technically Media

Spooky data: These Halloween ideas are trending in Philly and nationally