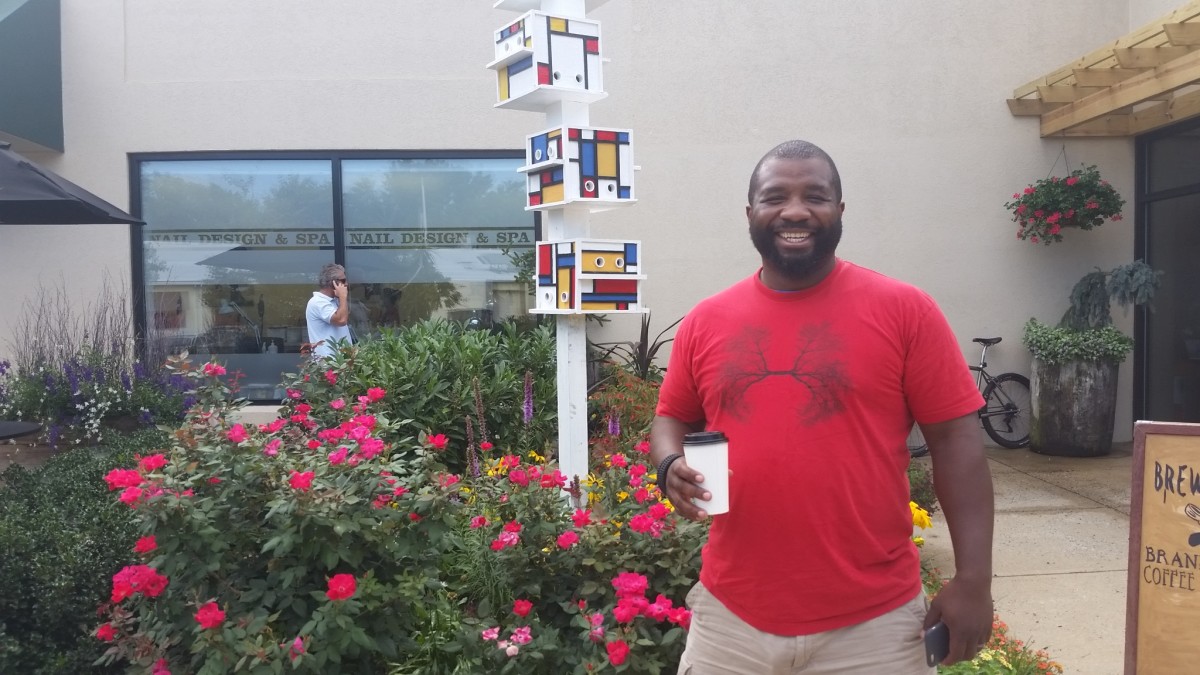 Born and raised in a rough part of Pittsburgh, Pa., Thomas Miller has always had creative juices flowing through his veins. Whether it was drawing, cooking or writing poetry, he would seize any opportunity he had to express that creativity.
“I had a habit of drawing murals in my house,” the Wilmington Design Co. founder said. It was more out of necessity than anything else — growing up, Miller never had the leisure time or money to take up fine art. He was working to support himself by age 14, all while going to school.
Around age 22, Miller moved to Lancaster, Pa., where he met his wife. Not long after, he decided to go to school for design. He put in a year at ITT Technical Institute before heading back to work again — this time as a bouncer at a bar. But that thirst for creative expression still lingered.

"Don't be afraid to have conversations with people about your work, especially in a community like this that's still young."

“I would beg the bartender to let me design the fliers,” he said. Eventually, the bartender caved. That seemingly small gig proved to be Miller’s launching pad for a career in design, with barely any formal education under his belt.
“My real design education comes from being around other designers,” he said.
Designing that flier was just over a decade ago. Since 2007, Miller has held design jobs at Adventure Media Group, Parcels, Inc., DMG Marketing and Legist Media doing what he calls “blue work” — very clinical, process-driven design.
“I needed to delve into a more creative space,” he said.
To scratch that itch, Miller founded Wilmington Design Co. last year. His first client? AAA. “It was my first major marketing experience with a nationally-known identity,” Miller said. Yet, even with his own company, Miller was struggling with the creative ceiling his clients held over his head.
Now, while he still freelances as a “supplement,” Miller recently took a gig as Longwood Gardens’ in-house graphic designer. At Longwood, Miller said he has the ability to properly flex his creative capacity, “working for artists as an artist” — which, according to him, is something most working designers don’t have the luxury of saying.
“What I don’t see a ton of [in the design world] is art for art’s sake,” he said. “I think a lot of people confuse designers for stylizers — people who make things pretty. You can never get away from the idea that you are trying to sell somebody something.”
Young designers who want to avoid some of that should “start doing their own thing early,” he said. The best way to do that?
“Become a production designer at one point or another and get acclimated to your application,” Miller said. “Keyboard shortcuts are your friend.”
Above all, Miller said aspiring designers should voluntarily place themselves in a creative environment.
“Try to be around creatives as much as possible. It takes many minds,” Miller said. “Don’t be afraid to have conversations with people about your work, especially in a community like this that’s still young. Creatives being around creatives makes everybody better.”

‘Where do you see yourself in 5 years?’: What job interviewers really want to know

‘Do these investors share my values?’ This is your founder diligence checklist

Are you ready for your technical interview?