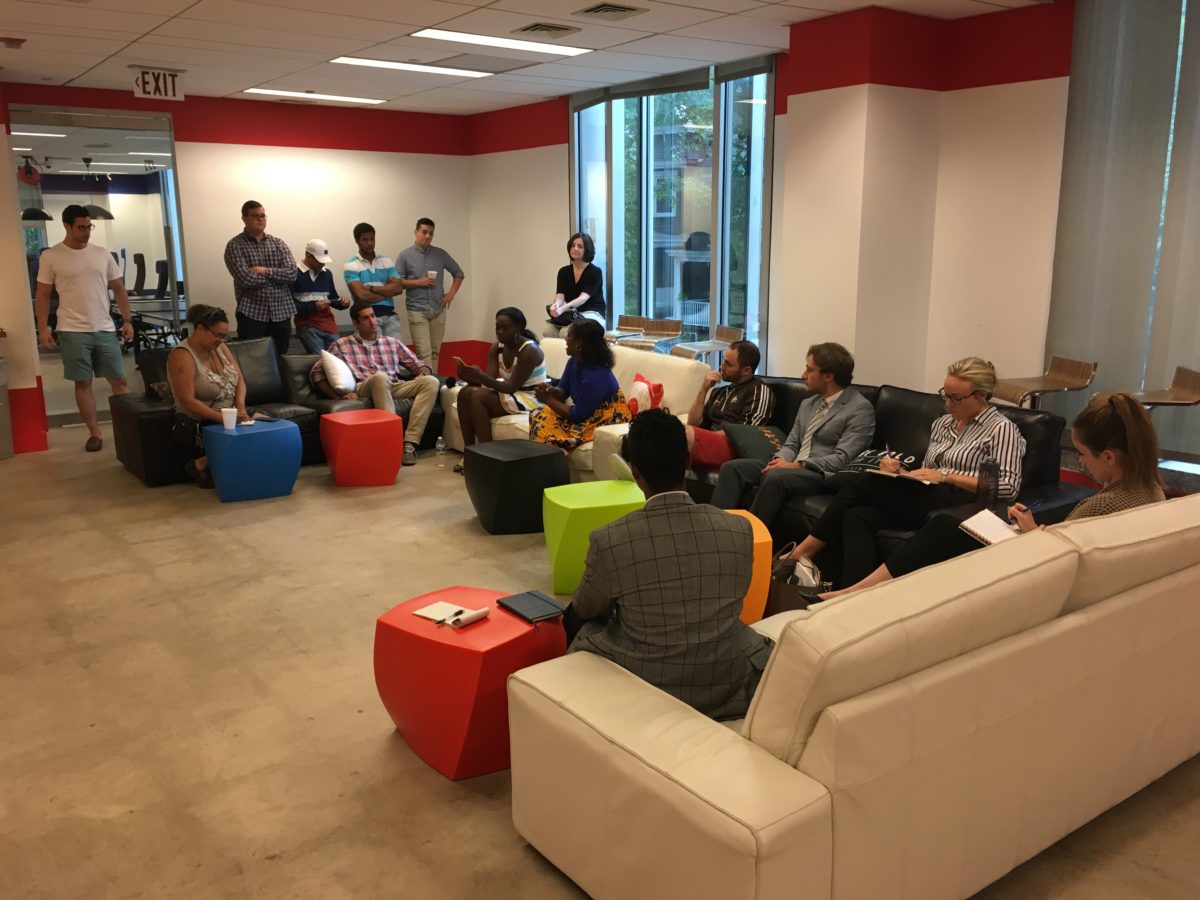 It started with a pain point, as most new things do. Paul McConnell, cofounder of 1313 Innovation and owner of the Hercules building where the multi-startup coworking space lives, wanted to make it easier for startups — which are lacking in PR resources — and local media to communicate in a timely manner. Sometimes big startup news never made it the press. When that happens, everyone loses.
After some brainstorming with 1313’s Lauren Spinelli, she suggested hosting weekly press events that would not only help startups deliver information to press in a timely manner, it would also help startup founders become comfortable speaking to the press and developing media relationships. (Full disclosure: Technical.ly was involved in these early conversations; they occurred on the day of our last stakeholder meeting.)
A day later, “Pitch the Press” was born.
“Startups and small organizations operate lean and often times don’t have the proper marketing bandwidth to push news out into the ecosystem,” Spinelli said. “Developing an efficient, weekly, cadence between startups and reporters should bring more awareness to the amazing things happening in Wilmington.”
Sort of like the White House press briefing but less terrible.
The first two two sessions (both of which this reporter attended), were a success, connecting not only startups with the press, but also connecting startups and nonprofits with each other, opening the door to opportunities for collaboration. (Editor’s note: After two years of contributing to Technical.ly Delaware as a freelancer, Holly Quinn was hired as Lead Reporter on Aug. 1. More on that to come. Being able to cultivate sources and identify potential story leads is a huge advantage for a new beat reporter.)
Pitch the Press is held at 1313 Innovation, 1313 N. Market St., Thursday mornings at 10:30 a.m. Sessions are open to startups and small organizations in Delaware who are interested in pitching a newsworthy event, interesting startup-related story or award announcement should email Spinelli at lspinelli@1313innovation.com by the end of the day on the Tuesday of the week you’d like to appear. Space is limited, so sooner is better.
Not feeling confident about pitching in person? In addition to weekly sessions, 1313 also plans to host programming this fall on how to effectively pitch the press.