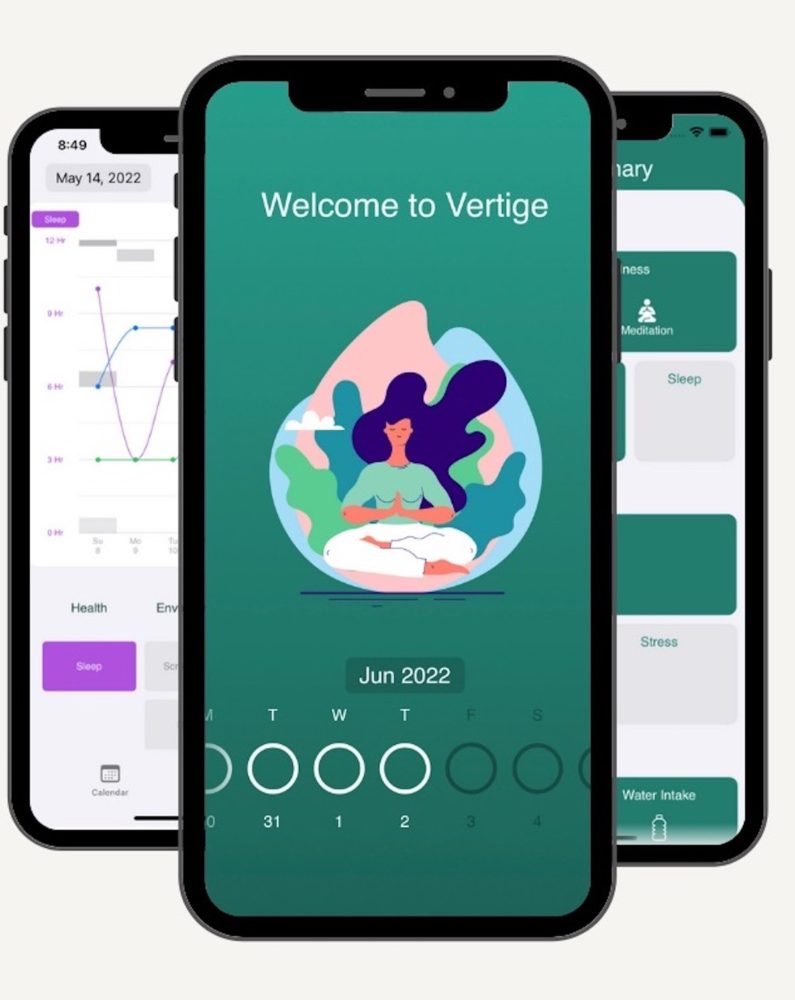 She was finally diagnosed with vestibular migraines and Meniere’s disease — a condition that affects the inner ear and can lead to dizzy spells, loss of balance and hearing loss — at the University of Pennsylvania in 2017. Finding out her diagnosis was a step closer to mitigating the eight to 10 attacks she was suffering a month. It also introduced her to an entire community of people online who suffering from the same, rare condition.

Her doctor helped her eliminate triggering foods, identify hormone shifts and track habits that were making the condition worse. But when Carabello went looking for an app late last year to help her keep track of these patterns, she — and the fellow Meniere’s disease suffers she met in Facebook groups and online forums — came up short.

“I started habit tracking and ID’ing trends in the episodes,” Carabello told Technical.ly. “There’s a million migraine tracking apps out there but none specific to vertigo.”

Carabello’s background is in marketing, public relations and brand management, and she’d worked with tech companies in the past. It gave her a good idea of what could be involved in developing a tech solution to the problem she was facing, she said, and at the end of 2021, she began work. After working for a few months with a freelance app developer, Carabello released Vertige on the iOS App Store in May.

Carabello hopes that users on the app feel empowered to record their symptoms and triggers, and try different habits to counter-balance attacks.

The app allows users to track environmental factors, behavior and habits like weather, sleep, movement, food triggers, caffeine intake and screen time. The app shows daily, weekly and biweekly reports and trends, and allows users to log details surrounding an episode. Carabello said the goal is to help them better understand what might be triggering an attack, and provides concrete details to share with a medical professional.

Since the app’s launch this spring, Carabello, as a full-time team of one, has been advertising and conducting beta testing, as well as spreading the word in her online Meniere’s groups. She’s looking for a development team to roll out the Android version of the app sometime soon.

And as of last week, Carabello has taken Vertige to the gener8tor ProsperHealth Tech accelerator to refine the business plan, app, executive summary and pitch deck. She’s the only Philly-based company in this cohort.

“I want as much feedback on the app to make it easy as possible to use,” the founder said.

Outside of running a clothing brand with her sister in 2009, the app is Carabello’s first entrepreneurship venture. She’s also a yoga instructor and uses the practice to help keep herself and others balanced — a hard-to-reach state for folks with these conditions, she said. She hopes that users on the app feel empowered to record their symptoms and triggers, and try different habits to counter-balance attacks.

“I’m so excited to be working hand and hand with and getting feedback from these people,” Carabello said. “Our tagline is ‘bringing balance back to your mind, body and soul,’ and that really is what I’m aiming to do.”