Very public change has been a constant for Seegrid over the past few months.

A round of layoffs and a $30 million raise over the summer, an expanded HQ in Park West Industrial Park, a partnership with Koop Automation Systems — and last but not least, a new CEO after Jim Rock left the position in September.

The company’s board said in a public statement Seegrid will be in good hands with Joe Pajer at the helm, thanks to his 40 years of experience in the tech industry and ties to the Pittsburgh region. The Carnegie Mellon University grad previously led Rochester, New York-based Calero Software, as well as Connecticut-based IT firm Thinklogical and Pittsburgh software maker Vocollect, which is now a division of Honeywell.

Below, Pajer answers Technical.ly’s questions about what his tenure could bring to the autonomous mobile robots (AMR) maker. He declined to answer a question regarding past layoffs, and if there could be more on the horizon.

Joe Pajer: It was not my intention to come out of retirement. In fact, I had turned down several other “exploratory calls” without hesitation. But Seegrid is different. In part because I have known the company for several years: first as CEO of Vocollect, and again through business colleagues who are part of the leadership team. As such, I have had the opportunity to watch the company’s rapid growth and to see its tremendous potential more closely than the average outsider.

To me, one of the most intriguing aspects of Seegrid is that Interact Analysis has named Seegrid as the leader in autonomous mobile robots in the US, with the largest market share for autonomous tow tractors in the world. That’s impressive. But as I dug deeper, I began to realize that having such a strong, established position in the robotics industry is particularly important.

The robotics industry is not just about building a robot, it is about building a robot that works — often in highly variable and very harsh environments. Seegrid has done this with more customers and more tow tractor AMRs than any other company in the world. Through the years, they have gained the technical know-how to make the robots deliver their promised value in these challenging environments. It is very hard work. Few AMR companies can claim that they have done so, and only Seegrid can claim to have done it more than anyone. This kind of market leadership, combined with a great team of people, great technology, a new product launch, long term and supportive investors — all in an exciting, growing industry like robotics, made coming to Seegrid a very attractive opportunity for me.

And yes, my love for Pittsburgh, where I attended Carnegie Mellon and subsequently lived over half my life, made the opportunity even more appealing.

Are there any projects or initiatives previously underway that you’re excited to see through?

Absolutely. For instance, just before I joined, Seegrid announced its first autonomous lift truck. We have introduced the product to over fifty customers and the reaction has been unanimously and overwhelmingly positive. We have received many advance orders for the new truck, which we are starting to ship now. The really exciting part of this introduction is that it addresses an entirely new market segment. We believe this new segment will greatly benefit from the Seegrid technology and deep implementation experience that we have built over the years in other manufacturing and warehouse workflows with our previous products.

And — this market segment is huge. It is larger than our existing addressable market segments by a factor of ten or more. So you can imagine that I am very excited to lead us during this time of significant expansion. It is a very exciting time for Seegrid.

What do the next one, five and 10 years look like for Seegrid?

Exponential growth through new product introductions. Seegrid has tremendous technology and engineering expertise, as well as exciting new market opportunities it can address. We are going to be a company that brings these new technologies to market in innovative solutions, creating real value for our customers in more and more workflows, in both their manufacturing and warehouse environments. And throughout that expansion, Seegrid is going to continue to be a great place to work, as it is today.

What’s one thing you’d like people to know about you and the approach you plan to take to the job?

My expertise, built through my position as CEO of three companies before Seegrid, is in growing companies. That means defining growth strategies and creating high-performance cultures that execute those strategies. Growth strategies require us to see the market as a prioritized list of opportunities, each with an associated solution that creates customer value and expands our business. By “knocking down” each of these opportunities, the company will grow. That requires a culture that is at once comfortable and casual in style, but also driven by the desire for team success. I believe all of these conditions exist at Seegrid and will prove to be the fuel of tremendous growth in the near term. 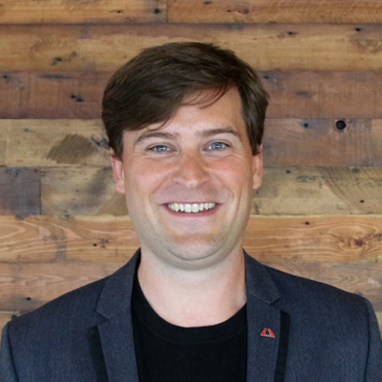 John Thornton, CEO of Astrobotic, landed on Time magazine’s TIME100 NEXT list where the publication highlights rising stars in industries ranging from entertainment to robotics. As most readers will know, Astrobotic is a North Side-based company that focuses on lunar logistics and robotics. Thornton was seen as worth giving a shout due to the company’s  lunar lander which will be used to carry experiments and mini-rovers on its first trip to the moon.

The other area that the magazine considered notable was the company’s recent educational efforts, specifically the Moonshot Museum, also based on the North Side, which opened through a partnership with the company. Not only will the museum and the company’s work give Pittsburgh a place in the space race, but as Sen. Bob Casey wrote in Thornton’s entry, Astrobotic work would inspire the next generation of Pittsburgh engineers.

“John Thornton and Astrobotic embody the very best of Pittsburgh; it’s only fitting they’ll lead humankind into our next chapter,” Casey wrote.

Aurora got a new general counsel After two weeks of local news about autonomous vehicles, from new Pennsylvania legislation to reflection on what led to the prominent Argo AI closing down, Aurora has a development to share that has nothing to do with Harrisburg or closures: a new general counsel. And he’s a familiar face for the company.

Nolan Shenai, the company’s former deputy general counsel and interim general counsel as of June 2022, is taking the general counsel position full time. Shenai has 15 years of experience as an attorney and has spent the past decade of his career in the AV industry. When he’s not practicing the law, Shenai can be found teaching about laws related to AVs at the University of Pennsylvania where he was once a student before obtaining his JD at Vanderbilt University.

Cofounder and CEO Chris Urmson felt Shenai’s time spent at Aurora combined with his expertise made him the right man for the job, per a statement. Meanwhile, Shenai’s excited to help the company keep moving into the future.

“I’m thrilled to take on this expanded role working with our teams as Aurora ushers in a new era for autonomous trucking,” he said. “Aurora’s unprecedented focus on safety is at the core of our development and there are fascinating technical and commercial integration aspects we’re solving together.”

Atiya Irvin-Mitchell is a 2022-2023 corps member for Report for America, an initiative of The Groundtruth Project that pairs young journalists with local newsrooms. This position is supportedby the Heinz Endowments.
Companies: Seegrid, Aurora, Astrobotic
-30-
Subscribe to our Newsletters
Technically Media

Check it out: CMU’s Robotics Institute is getting robots to predict human actions