In a former warehouse near BWI Airport, a biotech manufacturing facility producing new kinds of treatments is getting up and running.

Paragon Bioservices gathered supporters and local leaders on Thursday morning to mark the opening of a 151,000-square-foot contract development and manufacturing facility in Harmans, Anne Arundel County. The expansion was first announced at the beginning of 2018.

“We’ll be operational for our first programs next week,” said CEO Pete Buzy.

The facility will focus on producing treatments for gene therapy, which involves introducing DNA to treat a genetic disease. The company works with biopharmaceutical companies to make the treatments, and is currently working with more than 20 firms.

“There are only a handful of other companies in the entire world that can do what Paragon Bioservices can do,” Gov. Larry Hogan said at the event. “With this massive expansion new therapeutics will be brought to the market which will help to cure and treat unmet medical needs and prevent disease around the world.”

Rare diseases are among those where gene therapy shows promise. Lydia Seiders is the mother of a child seeking cutting-edge treatments.

“We are still in the searching process of finding a diagnosis for her tumor disorder,” said Seiders, the state ambassador for the National Organization of Rare Disorders. “Our hope is when we find that answer, a treatment exists. This cannot happen without the development and manufacturing of treatments.”

The new facility also marks growth Paragon’s local operations. The company expects to have more than 500 employees by the end of the year, with 350 employees currently working in Anne Arundel County and 250 at the company’s headquarters in the University of Maryland BioPark in Baltimore city. Further expansion at the site will include bringing a second building online within the coming years.

The company, which is backed with private equity funding from Camden Partners and Newspring Health Capital, has also been growing a leadership team that CEO Buzy said now includes 18 people who are recruiting employees and seeking out new business. This time last year, the building was empty. Now it’s outfitted with bioreactors that can produce materials at the clinical stage that precedes a biopharmaceutical product’s regulatory approval, and for the commercial stage when a product reaches the market.

“Well-funded public companies are contracting with Paragon as a bet on their future success in an industry that is expected to see double-digit growth,” said Maryland Tech Council CEO Marty Rosendale.

The company’s headquarters at the BioPark contains space for clinical work which will also extend to the new facility. Buzy said the capability to complete commercial work is key to the expansion. The proximity of a large facility to the city was important, and being located near the airport also helps, as many clients come from outside the area.

In all, there will be 10 suites capable of manufacturing materials. Buzy said key jobs at the facility are in bioprocessing, quality and manufacturing. The building also contains office and meeting space for employees. 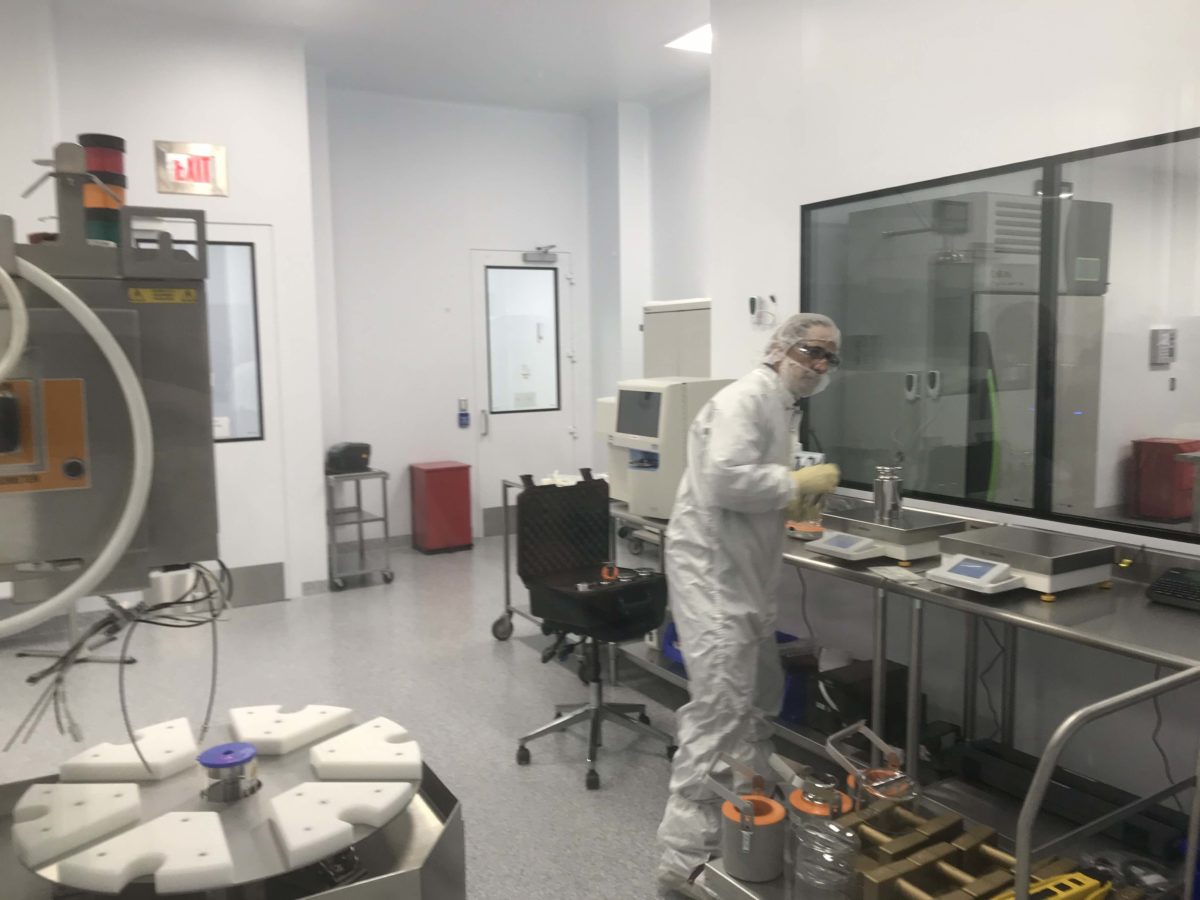