About URBN Find Out More
TOP ARTICLES
1
A $641K DoD grant reinstated Maryland’s DefTech Center for defense innovation
2
Moving to Mastodon? Here’s how to select a server for individuals and businesses
3
Verismo Therapeutics is building out an R&D facility at an expanded CIC Philly 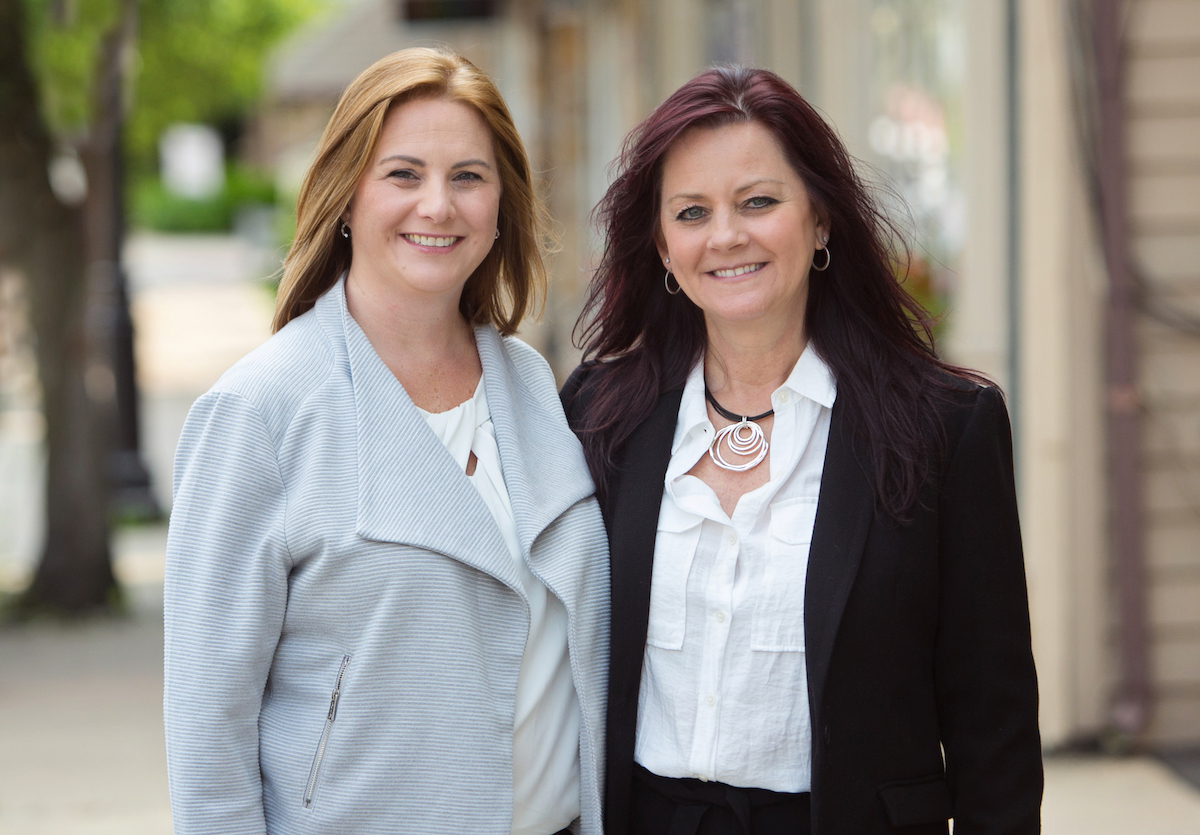 Technical.ly Philly's RealLIST Startups 2020 is underwritten by Morgan Lewis. The list was independently reported and not reviewed by Morgan Lewis before publication.

Every year since 2017, we here at Technical.ly have combed through our archives, listened to our communities and relied on our own reporter gut instincts to name 10 startups we deem to be extremely “real.”

These folks are the movers and shakers of the startup tech and entrepreneurship ecosystem here in Philadelphia, and from where we stand, they are well shaped to do big things in 2020 and beyond.

Most have given us evidence — through doubling down on hiring, fundraising or launching new products — that they’re setting up to make the Philly startup scene better than it was before they arrived.

From where I stand, as a reporter fairly new to Philly’s tech scene but with a deep understanding of Philadelphia’s strengths and weaknesses, these startups make the cut. They are varied in product and in mission, but represent innovative approaches and solutions across rising industries in this city and beyond.

As always, the companies chosen fit these criteria:

P.S. If you don’t see your startup on this list, don’t worry — that doesn’t mean the work you are doing is “unreal.” This annual list is just a peek into some startups we think will make some major strides, though we will be following as many as possible throughout the year.

The one-year-old company is a spinout of Humanistic Robotics, which was founded in 2004 and created devices to keep humans safe from landmines which were deployed in areas such as Afghanistan and Southeast Asia. In about a year, FORT, which has a mission to create a secure, end-to-end wireless platform that ensures human safety around dangerous machines, has grown from its original team of 10 to about 25 employees and raised $4 million in seed funding.

“The industry has been there, and the tech is finally there, but there’s not yet a safety platform of record,” CEO Samuel Reeves told Technical.ly during a visit to its Curtis Center office. In 2020, FORT will likely raise a Series A round and continue to grow, Reeves said.

Former professional chef Jared Cannon launched this line of jarred, ready-to-go meals stored in connected smart fridges at the end of 2017, and has seen slow but steady success with the venture since. Cannon was chosen for New York-based Food-X, an accelerator program for food-related startups, in 2019, where he claimed to tap a handful of Fortune 500 companies as customers.

“We are on the cusp of some really exciting stuff,” Cannon told Technical.ly. “We’ve partnered with Byte Technologies along with other regional brands to commercialize our offering and help even more people have a better for all food option available steps away from where they’re already living life,” i.e. offices and other facilities such as hospitals.

In September 2019, Cannon pitched Simply Good Jars to a handful of investors at a live pitch event, and raised $325,ooo — part of a $1.6 million seed round he said was underway.

This job training and reskilling company was started in NYC, but its founder, Pennsylvania native Kristy McCann Flynn, told Technical.ly last year that she was coming home to run the business from Philly. McCann Flynn launched the company in 2018 to offer a SaaS and customer-facing solution to the professional development market.

The app relies on a network of customers and career coaches who work together to bring folks up to speed on current workforce trends and skills. It tracks KPIs, has behavioral assessments and brings in a range of “coaches” for various industries. The company is remote friendly, and has a handful of employees in Philly, New York, California, Washington and North Carolina.

“We will be honing in on Philly hires for sales and support and West Coast for tech,” McCann Flynn said.

This Pennovation Center-based medtech startup was founded by University of Pennsylvania grad Rui Jing Jiang in 2017 while she was at The Wharton School. The company’s product, VisiPlate, aims to treat open-angle glaucoma with an ocular implant that’s designed to remove excess fluid from inside the eye. The device releases pressures that damage the optic nerve.

In 2019, the company said it was funded via non-dilutive grants and awards including a $225,000 federal government grant from the National Science Foundation and additional funding from Penn, Ben Franklin Technology Partners, VentureWell E-Teams, among others. Last year, Avisi went through the MedTech Innovator Accelerator based in San Francisco.

QuotaPath made the 2019 RealLIST for reasons that remain true in 2020: It raised a $1.5 million seed round led by Austin-based ATX Seed Ventures and angel investors, and the company’s profile is raised with cofounder AJ Bruno. His first company, TrendKite, was acquired last year in a nine-digit deal.

In 2019, the team launched its flagship product, a platform designed to help salespeople calculate and track their commission-based earnings and quota attainment. The company also raised $3.5 million, doubled its employee headcount and had a company kickoff in Philadelphia where it flew its Austin employees up for a hackathon and a day of strategic sessions.

The Northeast Philly startup is run by two childhood friends, Yossi Levi and Jake Levin, with years of experience in traditional auto sales and a stint at goPuff for Levin, who helped launch the local delivery service company that got a $750 million investment in 2019. The thought process was this: Why can’t cars be sold and delivered the same way you can get a six-pack of beer sent to your house?

The pair launched the showroom-less auto seller in 2018, essentially an online platform where folks could shop for a used, reasonably priced car and get it delivered the next day. The company raised an undisclosed amount of seed funding in 2018 which included San Francisco-based e.ventures, The Philadelphia Inquirer reported. A Gettacar spokesperson told Technical.ly in December that it employed 100 people locally and operates a 25,000-square-foot reconditioning center in Northeast Philly.

This news subscription startup was born in Brooklyn, but lured to the City of Brotherly Love for the 2019 LIFT Labs accelerator class — and has since decided to make Philly its home. NICKL, and its product NICKLpass, found success in the idea of bundling and selling news outlet subscriptions to groups, namely companies. It was a need the three-person company heard from Comcast during the accelerator.

Nickl has secured discounts as high as 70%, CEO Sumorwuo Zaza said, in deals that give news outlets more subscribers and Nickl a share of revenue from the sales, he told the Inquirer. One of NICKL’s only confirmed clients is the Los Angeles Times, which told the Inquirer it has “seen some encouraging results” since trying Nickl’s corporate account bundling service. The company will continue to work out of LIFT Labs until the 2020 accelerator class moves in, and then the company will get an office nearby, Zaza said.

Three-time founder Bob Moore jumped into his latest project, “LinkedIn for data” startup Crossbeam, in 2018 with cofounder Buck Ryan. The duo raised a $3.3 million seed round in early 2019, then a $12.5 million Series A in August led by FirstMark Capital with participation from existing investors First Round Capital, Uncork Capital and Slack Fund.

In 2019, Crossbeam’s platform went live and onboarded more than 100 companies (including some local ones); released products; been featured on the “How I Raised It” podcast; and won first prize at PACT’s Phorum demo pit. In early 2020, the startup has reached about 20 full-time employees, including senior product manager Lindsey O’Niell (one of our inaugural RealLIST Engineers), who moved to Philly to join the team.

The on-demand graphic design startup, founded in 2017, is becoming a go-to for companies looking for design services and has some mass appeal from its unique subscription model: unlimited design services managed through proprietary software for a flat rate of $369 a month. It’s been heralded for extending those services to Camden nonprofits that couldn’t afford them for a single dollar. It earned enough clout to land on the Inc. 5000 list last year at number 1,006.

Penji set up shop in Camden near the waterfront two years ago, but its significant staff growth — up to about 60, now, cofounder and CEO Khai Tran said — was cause for the startup to move operations over the Ben Franklin Bridge to Philly in fall 2019. Tran told Technical.ly at the time: “The mission didn’t change. Just the location did.”

This precision medicine company is run by two former venture capital investors, Tracy Warren and Tammi Jantzen, who have since taken their savvy in raising money for others to their own startup. The team had an especially banner year — raising a $5 million Series A round in May 2019 and an additional $3.5 million in November — and seems it will have an even more impressive 2020.

The funding will go toward the commercialization and adoption of its NICUtrition, a suite of digital tools and diagnostics that supports feeding protocols, practice and decision-making in neonatal intensive care units (NICUs) for premature babies. The company will use the additional funds to accelerate hiring and ramp its sales and marketing efforts for its first two solutions, NICUtrition Analytics and NICUtrition Guidance.

“Astarte Medical plans to grow its team by 300% in 2020, adding in-house sales and marketing staff, as well as client support functions to assist early adopters,” it said in November. “In addition, the company also plans to expand its in-house engineering and data science teams to support continued product development.”

The duo also gets props for rapid fundraising and hiring in Yardley, a ‘burb not really known for attracting tech talent.