Fractal Technology, a startup founded at Johns Hopkins, was recently acquired by Annapolis Junction–based Sunayu, according to the cofounders.
With the deal, Fractal Technology cofounders JR Charles and Alex Sharata will join Sunayu, a cyber company focused on big data, cloud analytics and distributed systems. Terms of the deal were not disclosed.
Charles and Sharata met while students at Johns Hopkins. With Fractal Technology, they created a “middleware” to automatically implement security controls for mobile apps, with a focus on the government space.
“The goal was to streamline and standardize the mobile application security and accreditation process,” said Charles, who graduated Johns Hopkins in 2016. The idea was that the entire process for security controls didn’t have to be repeated each time a new application was developed.
Sunayu, which already had a partnership with Fractal Technology, is interested in applying those capabilities to the cloud.
“With Fractal on board, we can leverage their team, expertise, and tech to expand our product road map and introduce new products to help redefine the government IT and the financial industry landscape, especially around container and mobile security,” Brandon James, the CEO of Sunayu, said in a statement.
One development will apply to containers, an outgrowth of cloud computing that allows for app development to take place in an isolated environment, while still running on a computer’s hardware. They will focus on intrusion tolerance, which focuses on ensuring that a system can still run, even if it is exploited by an attack. Having such security in place could help advance the container technology as it is adopted more widely in the public sector, Charles said.
“We really aligned around the idea of not only continuing to develop and push cutting edge projects, but also advance what the cutting edge is,” said Sharata, who is still a student at Johns Hopkins and serves in a leadership role with student-run venture fund A-Level Capital. 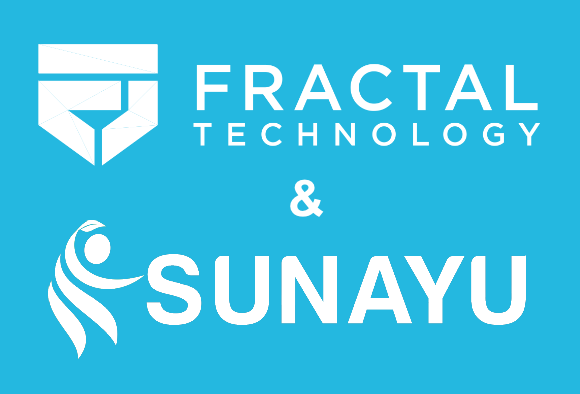 The founders started Fractal Technology about two years ago. Along the way, they gained support from Johns Hopkins Technology Ventures. They also brought on a group of advisors, including Nitin Pradhan, who served as CIO of the U.S. Department of Transportation during Barack Obama’s administration.
“After advising the Fractal team and collaborating with them through the ScaleUP USA program, I am excited about what they’ll be able to achieve together with Sunayu—as government agencies become increasingly cloud-centric, there will be a growing demand for innovative container orchestration solutions that provide security, compliance, and visibility,” Pradhan said in a statement.