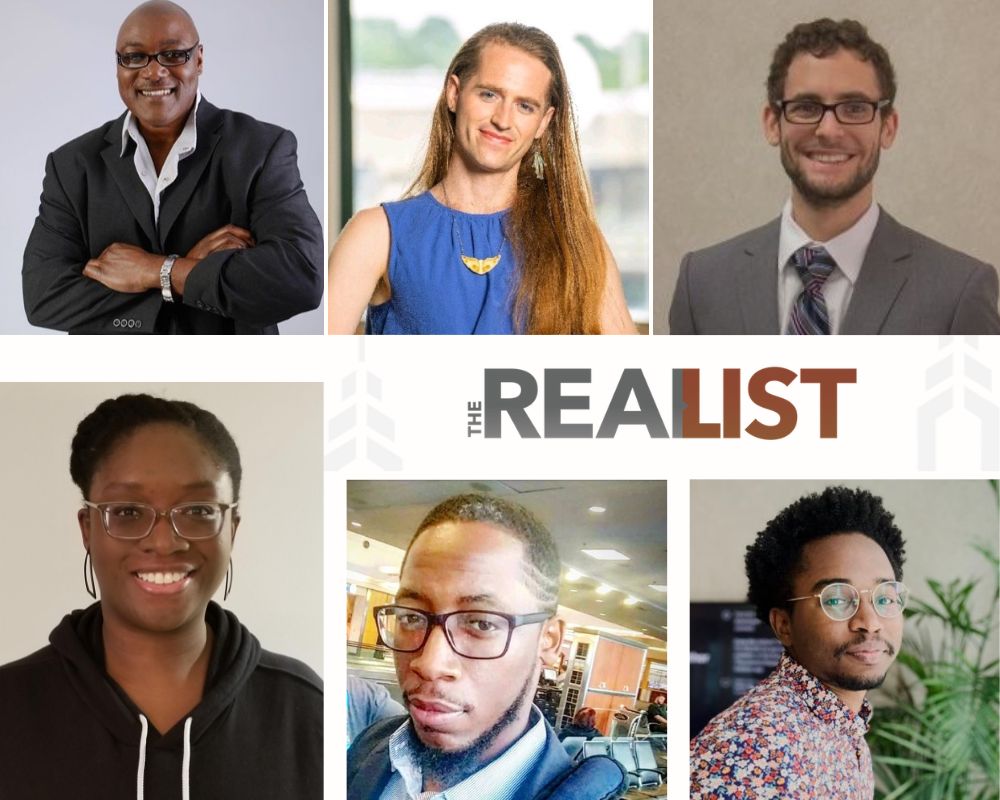 Members of the 2022 Baltimore RealLIST Engineers.

(Images provided by subjects or sourced via LinkedIn; collage by Technical.ly)

Much of the work we do here at Technical.ly rests on some core beliefs about how much technology — and the economic machinery surrounding its creation — matters to the cities and regions we cover.

Among those core beliefs: that tech economies can play an outsized role in making their regions more vibrant, livable and equitable for all.

The principle sits at the heart of our annual RealLIST Engineers lineup, which celebrates developers across our markets whose mix of technical accomplishments and non-technical or ecosystem-supporting work makes them people worth honoring. Perhaps more than other subsets of our recurring RealLIST series, the RealLIST Engineers embody the idea that technologists can positively impact their regions both within the code they write and the companies, pipelines, organizations and other entities they support. With their individual work, these engineers and developers signal to the world, however unintentionally, that Baltimore isn’t just the crime- and corruption-ridden mess of its most frequent media portrayals, but instead a place where technologists can make a real difference.

So, in continuation of the rosters we’ve published since 2019, we present the 10 Baltimore-area technologists-slash-ecosystem builders that constitute our 2022 RealLIST Engineers. In building this list, the search began with a public call for nominations. Then, we consulted technologists — big shoutout to Ben Garvey and Anthony Putignano for their anonymous review of the noms — and looked back through our coverage. The final list was curated by the author of this article, Technical.ly editor Sameer Rao, from a mix of those nominations and suggestions that our readers and community members put to Technical.ly: 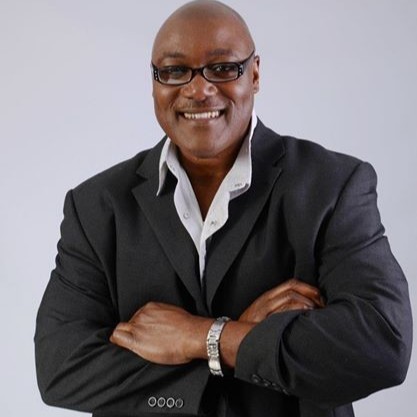 Brockman has worked for the Woodlawn-based federal agency as a senior cyber risk advisor since 2020. His role makes him a crucial technologist at the intersection of the agency’s technical staff, its leadership and the various hospital systems in CMS’ purview. His expertise is substantiated by his decades of experience as a cyber and IT professional with employers like IBM and Booz Allen Hamilton.

Brockman also pays his cybersecurity skills forward as the founder and chairman of FOCUS (whose letters stand for “Focus On Communities United for Success), an organization providing free cyber and IT certification training to Baltimorean youth.

Cole-Rhodes has been a significant influence on all things STEM at Morgan State well before Maryland’s largest HBCU made a push toward R1 certification. The electrical engineering scholar — who, according to her doctoral alma mater the University of California, Berkeley, is the first Black woman to earn an electrical engineering doctorate from the school — joined Morgan’s faculty back in 1993, soon after she finished a stint as a technologist on an AT&T Bell Labs (now Nokia Bell Labs) team. Since then, her research has evolved from foci on robot manipulator control to questions about signal processing and related adaptive algorithms. In May 2021, the US Patent and Trademark Office awarded Cole-Rhodes a patent for her “Method and System for MIMO Communications in Millimeter-wave Networks.”

In addition to her scholarly work, which has been funded by such entities as NASA and the National Science Foundation, Cole-Rhodes has been the associate dean of graduate studies and research for Morgan State’s Clarence M. Mitchell School of Engineering since 2018. She also spent her 2017 sabbatical as a visiting professor at Carnegie Mellon University’s satellite engineering school in Rwanda. Since joining Baltimore’s state-run public library system in August 2021, Fried has been busy overseeing both the library network’s standard technological operations and its digital equity work — and where those components intersect. For instance, he supervises the Pratt’s SAILOR project, which offers broadband internet and research databases for public libraries, local governments and schools throughout Maryland. Fried is also tasked with improving and modernizing the library system’s tech offerings and bringing its services to more people in the endemically segregated and poorly connected city.

Fried came to the Pratt after a stint as CIO of the Baltimore City Health Department, with whom he brought the TECHealth innovation program to life and helped develop data storage and analytics capabilities during the COVID-19 pandemic. His accomplishments during this time solidified his place among our 2020 RealLIST Connectors. Frock’s work behind the southern Baltimore County-based Whitebox’s ecommerce automation and fulfillment tech earned high scores from the developers Technical.ly consulted to evaluate many of this year’s nominees. Described by his nominator as “quintessential to the technical success of the company,” Frock moved from a junior engineering position to his current leadership role over roughly three and a half years. He is now responsible for designing the architecture supporting Whitebox’s platform, as well as leading the repair of a fulfillment-related bottleneck.

Through this work, Frock also frequently collaborates with other developers and leadership alike, thus bridging colleagues above and below him while the platform’s inward- and outward-facing tools are as seamless as possible. 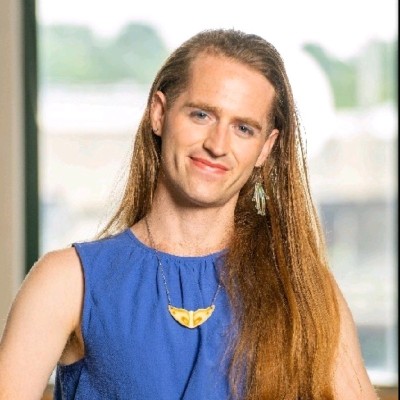 Goodwin was the primary force behind several of the Hampden/Woodberry-based biomedical tech company’s main inventions for fighting vector-borne diseases. Their nominator specifically cited Goodwin’s creation of the IDX system, which automates the identification of disease-transmitting insects and now boasts “over 98% accuracy across 20 key medically relevant mosquito species.”

Goodwin’s reach extends into their work as lead investigator for VecTec’s projects with the Department of Defense, National Science Foundation and National Institutes of Health. The former Johns Hopkins University researcher also oversees VecTech’s technical team, which has grown from three to nine engineers and technical staffers over the past two years. They have also promoted technology careers by hosting interns via Baltimore Tracks and the statewide Maryland Technology Internship Program, as well as student visitors from JHU’s FastForward U program.

“Adam is not only a positive force in the Baltimore tech community, but has also been relentless in their effort to bring Vectech’s technology to low- and middle-income countries that face the highest burden of vector-borne diseases like malaria, yellow fever, and dengue,” Goodwin’s nominator wrote. “Their efforts will soon support beta testers in sub-Saharan Africa who aim to roll out the technology in international vector control programs.” Johnson co-created DataGovs to use automation to streamline data governance tasks. Prior to DataGovs’ founding, Johnson implemented similar AI-based solutions for employers like Microsoft before heading to Stanford University as a John S. Knight Community Impact Fellow in 2020.

The Miami-area native came to this fellowship because of his work with Code for South Florida, an organization focused on civic tech and transparent government. Johnson created the organization and still serves on its board, even while operating DataGovs out of Baltimore. He is currently organizing a lunch and learn with JHU that revolves around data analytics and AI. Phillip joined downtown/Inner Harbor tentpole Fearless early this year, following over a half-decade assisting NASA’s pioneering deep space imaging work as a full-stack engineer for the Space Telescope Science Institute. While she was in that job, Phillip developed and implemented a Python-based application for creating moving and fixed-target cutouts of images captured by the Transiting Exoplanet Survey Satellite, as well as reducing downloading and processing speeds for that process.

Since then, she has become a crucial asset to Fearless’ government contracting work. Phillip’s nominator cited her leadership of a team helping the nearby CMS create a more secure and accessible data management system. Her peers have praised Phillip’s big-picture thinking, implementation of best practices and evaluations of her colleagues’ needs while coordinating her projects.

Roesch might now be a CEO, but his technical excellence is obvious to anybody who’s paid attention to his career. The creator of open-source intrusion detection system Snort, who also was the CTO of Sourcefire during its $2.7 billion acquisition by Cisco, continues to move the network security needle with the Annapolis-based startup he now leads. His most recent major technical accomplishment involved the revamping of Netography’s core platform to include better context and labeling.

Roesch is also a proponent of the idea of the “atomized network,” which he previously described to Technical.ly as a more integrated approach to network security. This perspective informs his discussions of security trends in blog posts on Netography’s site (albeit with an advertorial bent toward the company’s product). In addition to his work with Netography, Roesch serves as a board member and advisor for Northern Virginia cyber company ThreatQuotient and Cisco-connected VC firm Decibel Partners, respectively. Smith’s nominator, who said that he is based in Baltimore (just like the Baltimore Ravens’ stadium that bears his employer’s name), described his work by saying he “basically oversees the bank’s mainframe security.” This oversight involves Smith assisting with the company-wide implementation of such projects as pervasive encryption, M&T’s new ZOSMF web interface and other related work.

Smith ascended to his current role in April after about six years with the bank holding company in mainframe security roles. His recent work builds on his prior experience in network and systems management for IBM, Visa, Prometric and ADP.

He rose to this position in less than a decade since earning his bachelor’s degree from the University of Maryland, Eastern Shore. He is an advocate for diverse hiring and corporate stewardship, both of which he has advanced as a member of M&T’s internal African American Resource (Auxiliary) Group. He has also assisted M&T’s chief executives with recruitment. He has spoken on panels and in lectures hosted by IBM Technical University, Robert Morris University, the IBM THINK Conference and the flagship conference of the National Society of Black Engineers — the last of which he serves as a member. Although she’s based locally, Veverka’s work boasts a nationwide impact. Her Portland-HQed employer’s mission to support progressive organizations with Salesforce, automation and app services relies upon her expertise in these and other IT functions. She previously leveraged these skills in tech leadership positions with organizations like the NAACP, LIFT and Urban Teachers.

Veverka carries her ideals into service as a board member for Amplify, an organization that aims to uplift traditionally underrepresented tech workers, and a lead organizer for the Nonprofit Technology Network, a portal for connecting social change-minded technologists. For this and other advocacy and service work, Veverka was recognized as one of Salesforce’s 2022 MVPs.