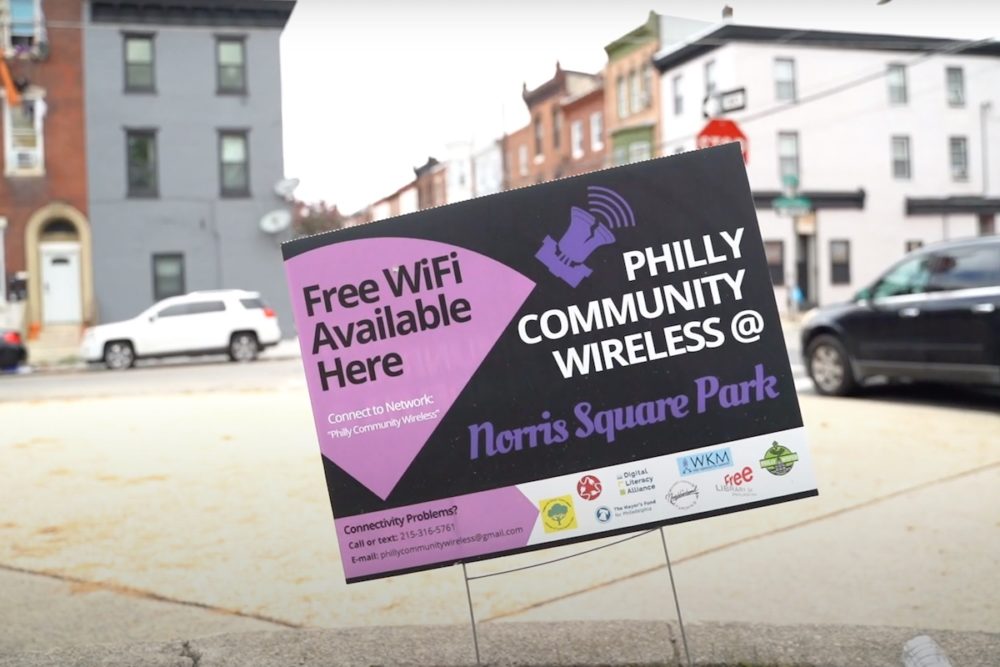 This article draws from virtual sessions held as part of a project between Verizon 5G and Technical.ly. Verizon 5G did not review this article prior to publication.

When the pandemic forced many essential services and professional industries to move online, it highlighted the challenges that many people face when it comes to internet access and literacy.

Almost three years later, digital equity remains an important issue, with the federal government allotting historic amounts of funding to bridging the divide of those with and without access to at-home broadband.

In a conversation supported by Verizon 5G, Technical.ly asked stakeholders in the Philly, Baltimore and DC areas about how far digital equity work has come and where they see it headed in the future.

Claudia Wilson Randall, executive director of the Community Development Network of Maryland, said her job is to “connect the areas that are literally and figuratively disconnected.” To help stakeholders understand the importance of bringing more people online, “we also have to continue to tell stories about digital access, and how [the lack of] it blocks access to services” — including healthcare, education, housing and other aspects of everyday life.

For instance: Don’t have a smartphone? Can’t book a telemedicine appointment. Digital equity is also an employment issue. Joe Paul, the CEO of DC and Baltimore-based tech training nonprofit Byte Back, noted that many adults lack the digital skills to participate in the future of work.

Kate Rivera, executive director of the Technology Learning Collaborative in Philly, added that she’s seen waves before of support for digital equity that died down and came back. With that in mind, she reiterated Randall’s point: “One piece that I think is pretty specific to digital equity is the way that it’s weaved within all aspects of our lives,” she said, “and so one piece that we try to encourage organizations to think about is trying to weave digital equity funding into their grant requests for other issues.”

Juliet Fink-Yates, digital inclusion manager of the Office of Innovation and Technology (OIT) for the City of Philadelphia, said Philly has a “big ecosystem” of people working to expand digital access. But therein lies a challenge.

“It also means that it’s really hard to connect the dots and sort of make things visible to folks when there’s so many agencies and communities who are doing that work,” she said. It also means there are more groups applying for the same funding — and digital equity isn’t an area yet where there are continuous streams of funding, so competition is stiff.

That’s where coalitions can be effective. As regions across the state anticipate an influx of federal funding to be dispersed via the 2022-formed Pennsylvania Broadband Development Authority, Ashley Pollard, OIT’s K-12 digital access program manager, noted that her office is in touch with the newly formed Pittsburgh Digital Equity Coalition about how they can both advocate for funding to go to urban communities.

Alex Wermer-Colan of Philly Community Wireless, a community-based effort to bring free mesh internet infrastructure to neighborhoods in North Philadelphia, said he is concerned there will be a drop in support for digital equity work after the pandemic dies down, and that people in power will start to forget how important it is, thus impacting access to funding.

But Lil Trotman from a digital equity community organization in Baltimore called Rebuild Johnston Square said she’s seen organizations working together to make sure everyone gets a piece of the resources available. Early in the pandemic, her org partnered with local schools and churches to connect students to devices, then hotspots to connect. The partners, which she said includes the City of Baltimore’s IT department, are now working on a project to build a computer hub in a church building and pilot the use of municipal Wi-Fi in the church.

Paul Plymouth, director of state government and local engagement at Verizon, said there is still a challenge with broadband adoption: It’s hard to get some communities to see why they need the internet if they’ve never had it before, and to trust that it’s a benefit to them. Then if they see the need, it can be a challenge to connect them to resources such as the pandemic-launched Affordable Connectivity Program (ACP), which is a $30-per-month federal subsidy toward the internet. Maryland also has an additional $15 subsidy called the Maryland Emergency Broadband Benefit.

As of October, only about a quarter of 51.6 million eligible households have enrolled in the $14.2 billion ACP, per K12 Dive reporting.

For its part, Verizon partners with groups such as the Baltimore Digital Equity Coalition, small nonprofits and local governments to raise awareness of the ACP, and to get more buy-in to keep the program permanent, Plymouth said.

Wilson Randall noted that for programs like ACP to be effective, it must become easier for people to find information about them and sign up, and that it’s up to stakeholders like those on the call to make that possible.

Wermer-Colan added that if after the last two years of digital equity pushes, communities still aren’t aware of the resources available, digital access orgs must be adapt their outreach strategies, as well as get a better understanding of the obstacles people face. Plus, maybe not everyone wants the internet in their homes — which is why it’s even more important to provide internet in public spaces, he said. Groups such as Project Waves in Baltimore, Meta Mesh Wireless Communities (now called Community Internet Solutions) in Pittsburgh and his own in Philadelphia have this as a focus.

Kamal Marell, executive director of The Monkey and The Elephant, a Philly-based nonprofit coffee shop that employs foster youth, said it’s important to remember that community members are the experts in what they need.

“I think that’s extremely important to communities who are often left out of the conversation,” he said, “especially when it comes to access to certain information.”

Sarah Huffman is a 2022-2023 corps member for Report for America, an initiative of The Groundtruth Project that pairs young journalists with local newsrooms. This position is supported by the Lenfest Institute for Journalism.
Companies: Philly Community Wireless, Technology Learning Collaborative, Byte Back, City of Philadelphia, Office of Innovation and Technology, Verizon
People: Kate Rivera, Joe Paul
-30-
Subscribe to our Newsletters
Technically Media