Editor's note: This guide will be updated periodically.

Coworking had its hold on Philadelphia’s remote, hybrid and startup workers long before the pandemic forced most everyone to work from somewhere other than their offices.

Coworking culture as we know it now has been here since the mid aughts, and we’ve seen communities like Indy Hall and REC Philly upgrade their spaces, add more room and really think about what makes being a member worthwhile in the years leading up to this massive change to work.

Each year in Technical.ly’s annual coworking guides, we’d keep you up to date about new spaces, amenities and trends within Philadelphia’s communal work spaces. After taking a year off in 2021, as many coworking spaces faced forced closures and safety concerns — check out 2020’s pre-COVID edition here — we’re back with your roundup of where to work in Philadelphia.

While some companies continue to roll out back-to-office plans, others have given up their offices completely (including us). Even more have downsized their space, said employees can work from wherever they want forever, or required a set of safety protocols to head into an office.

If you’re tired of working from home, but don’t want to commit to going somewhere every single day like the ancient times of 2019, coworking might be the simple answer for you.

Memberships often offer a mix of communal space and amenities with private offices, meeting rooms and a lower price tag than many traditional office space leases. First seen as the grounds for tech companies and young entrepreneurs, coworking spaces have widened to offer flexible space to anyone who might need it. While many began with monthly or yearly memberships, most now offer day passes.

In Philadelphia, you’ll find a mix of independent, corporate and boutique spaces catering to more specific audiences — think NextFab’s large, industrial makerspace or Mindspace’s lux, European-style look. If there’s a certain style or vibe you’re going for, you’re almost guaranteed to find it in Philly. And still, as we dive into the coworking offerings we know about in 2022, we probably don’t have to tell you that some spaces didn’t survive the pandemic, or don’t appear active anymore.

Below are your 2022 Philly coworking options, in alphabetical order. Did we miss any? Email us at philly@technical.ly. 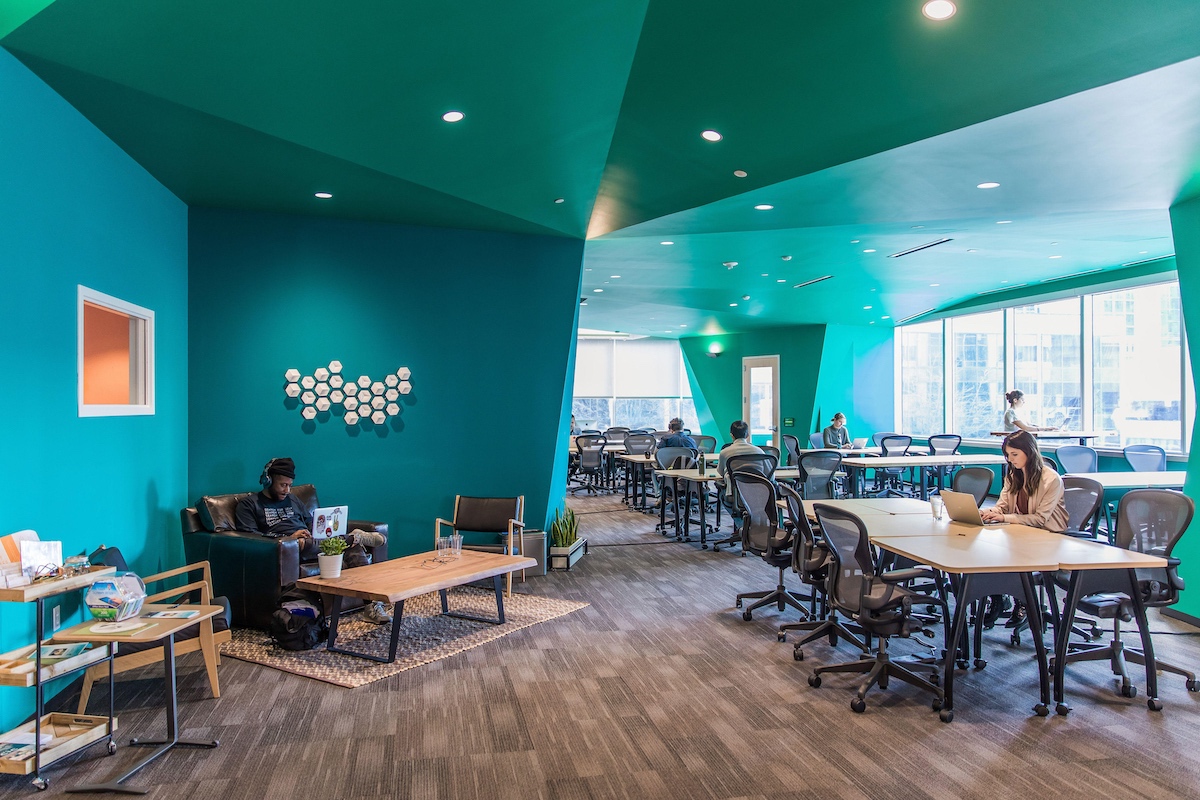 A common room at Offsite. (Photo by Paige Gross)