About Delaware Black Chamber of Commerce Find Out More
TOP ARTICLES
1
Will the metaverse finally be loved in 2023? An entrepreneur predicts tech trends
2
A $641K DoD grant reinstated Maryland’s DefTech Center for defense innovation
3
Moving to Mastodon? Here’s how to select a server for individuals and businesses 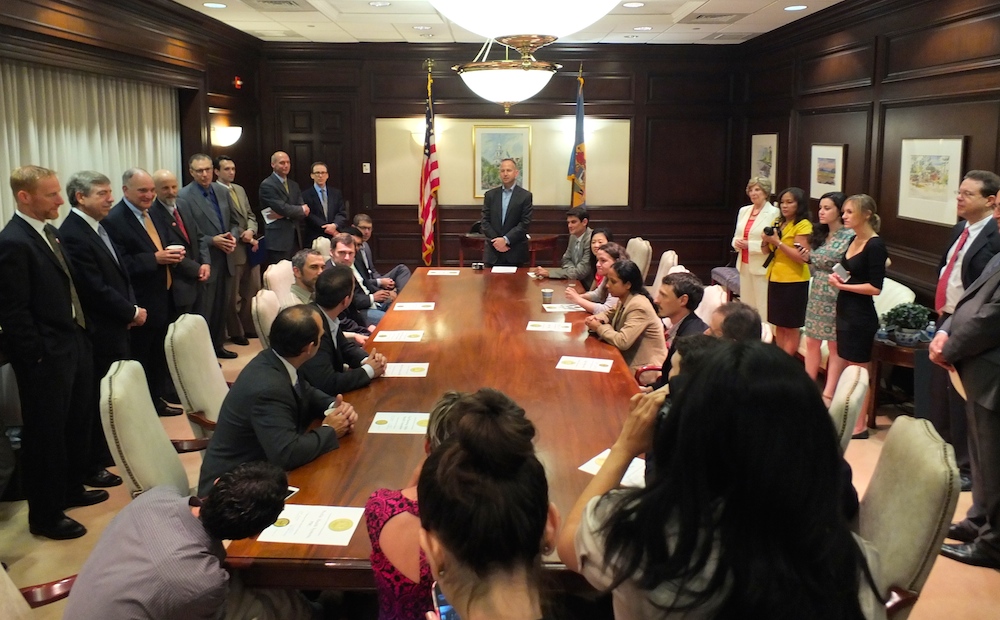 legislation legalized the practice in 2013." itemprop="url">

(Photo courtesy of the Delaware Department of State)

Last spring, Gov. Jack Markell celebrated news that more than a million active legal entities were then incorporated in Delaware, a state with fewer than 900,000 residents. It was the latest in a long string of First State boasts of its business friendliness.

More than half of U.S. publicly-traded companies and fully 64 percent of the Fortune 500 were among that number, according to the state’s Division of Corporations. In 2012, more than 90 percent of IPOs were from Delaware legal entities, including Facebook and Yelp. That same year, the tiny 1209 North Orange Street in Wilmington was the legal home to 285,000 businesses.
During that time, the state saw more than 10 percent growth in the year-over-year formation of LLCs, the incorporation of choice for many of today’s young, early stage tech firms.

Among those flexible and pro-business statutes are the rules that allow the corporation to be operated anywhere in the world, provided there is a Delaware registered agent — someone to represent the firm locally. Delaware businesses also benefit from there being no state sales tax, nor state corporate tax for those firms that operate out of the state — including big brands like Apple and Coca-Cola.
Delaware remains the standard, but others, like Connecticut, are in hot pursuit. With leadership comes criticism. What is a boon for Delaware is often argued as costing other states billions of dollars in lost tax revenue.
It also prompts that secondary challenge: If so many businesses are legally incorporated in Delaware strictly for the tax benefits, how many are based here because they give a damn about Delaware?