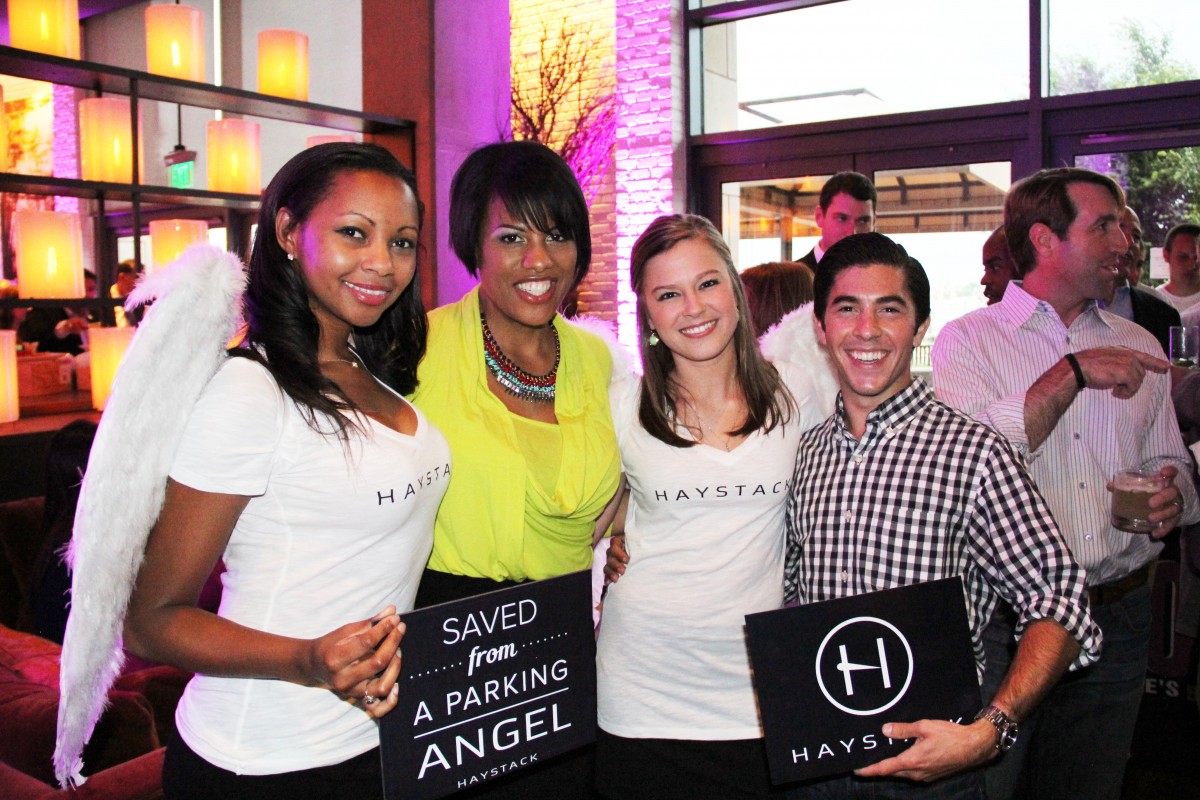 People take parking their cars seriously. In Baltimore, it’s personal. Take a drive through Canton or Federal Hill or Charles Village after a snowfall and you’re apt to see as many cars as lawn chairs protecting prized spots.
Parking is just as much at a premium during sports events or late nights at neighborhood watering holes. To that end, Canton resident Eric Meyer created Haystack.
The app is now available on the iTunes and Google Play stores. Service to iOS devices begins Tuesday, with Android service launching June 13. A launch party last week attracted 300 — including Mayor Stephanie Rawlings-Blake.
The app grew out of Meyer’s frustrations coming home from his old job at the Phillips restaurant in the Inner Harbor. His car was often ticketed, and later booted.

“I thought, ‘This is crazy, this is ridiculous, we plan our entire lives around parking,'” he said. Meyer and friends “thought there must be a more efficient way of neighbors being able to find a spot.”

While fellow Baltimore-based startup Parking Panda deals mostly with private lots and driveways, Haystack tackles street parking, often scarce in Baltimore’s most popular neighborhoods. Haystack will have to tackle many of the same challenges as Parking Panda, including the common challenges of micropayments in the sharing economy, like user relationships and scaling usage to make meaningful revenue.

Meyer worked with Digital Management in Bethesda to develop the software under his patent.

“Haystack does not sell any parking at all. Haystack simply facilitates an exchange of information between neighbors,” Meyer said.

It’s an exchange of information with a dollar value attached, of course, one that could be construed as the rental of what, in some cases, can be spaces owned by the Baltimore Parking Authority. But the agency is taking a wait-and-see approach.

“We follow parking news from all around the world, and we haven’t heard of an app like this developed, so we haven’t even started to think about what the ramifications might be,” Peter Little, the agency’s executive director, told The Baltimore Sun.

Meyer also touts the environmental benefits of the product. Reducing time taken looking for parking, he said, can save gas and reduce emissions.

“This is a great thing for Baltimore, for neighbors, for quality of life, for emission and making our city less congested,” he said.

For every transaction made in the app’s first week of service in Baltimore, Haystack will donate $1 to the Living Classrooms Foundation, according to a release.