About Axios Find Out More
TOP ARTICLES
1
Will the metaverse finally be loved in 2023? An entrepreneur predicts tech trends
2
A $641K DoD grant reinstated Maryland’s DefTech Center for defense innovation
3
Moving to Mastodon? Here’s how to select a server for individuals and businesses 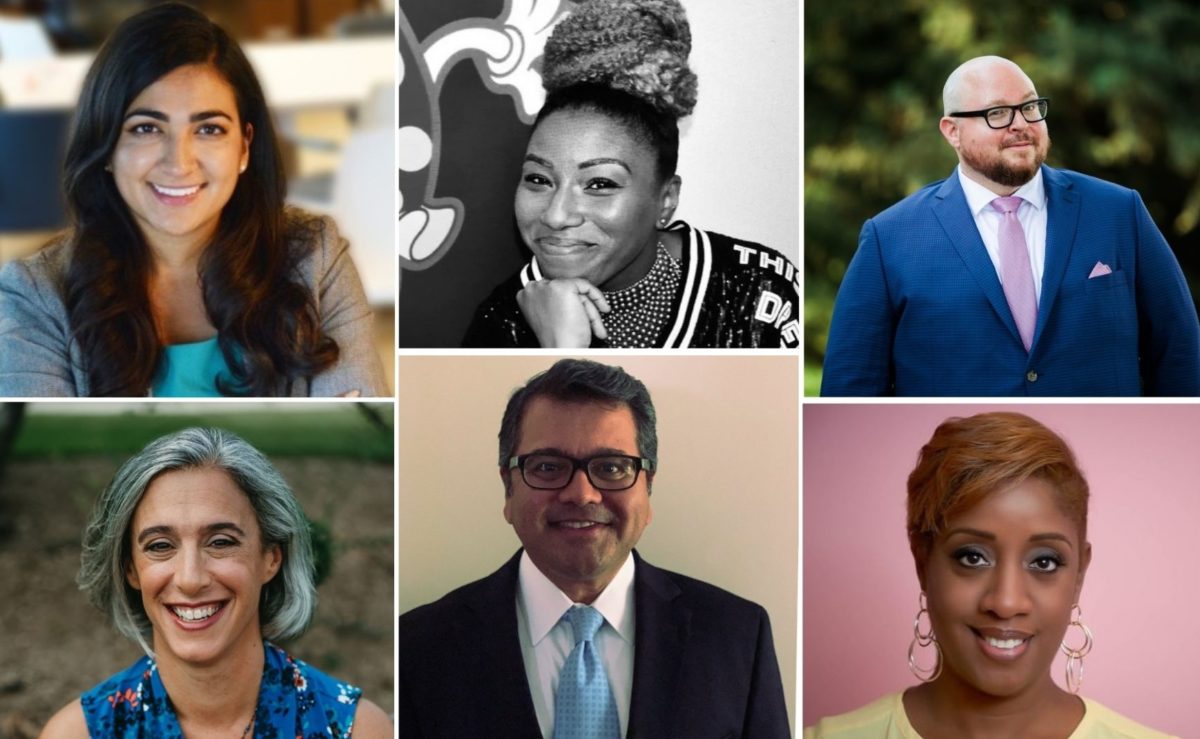 Members of the 2022 RealLIST Connectors class.

Update: A technical error led to some honorees' titles and workplaces being removed. They have been added after publication for clarity and recognition. (6/1/2022, 1:14 p.m.)

What does it mean to make a connection, anyway?

Is it nabbing that perfect business card for your next project? A Linkedin add? Running into a professional acquaintance? Or taking that next step from beyond work into a happy hour invite?

The question is probably best answered by the folks that seem to do it effortlessly. You might call them friendly, crafty, outgoing or any other number of adjectives, but we prefer to call them our RealLIST Connectors, 2022 edition.

For our very first list in 2020, we compiled a massive list of who’s who in DC, the go-to people that shaped the local tech scene. Last year’s list (which, by the way, was a huge crash course for me as well) rounded up a mix of those who had risen up after 2020 changed the world. They were the people who, through multiple Earth-shattering events, decided to put their energy toward continued community-building and creating a better DC.

We went beyond this year and kept combing the local ecosystem for those who were really a little bit of everything: mentors, networkers, the people that pull you away at parties to introduce you to someone else and those looking to grow the DMV’s tech and entrepreneurship scene.

Still, we’d be remiss if we didn’t take advantage of the fact that “connector” is quite literally the name of the game. This list was compiled from a mix of recommendations from last year’s nominees, crowdsourced suggestions from readers like you and our picks from our own coverage and networks.

Below, you’ll find the folks who are growing the community each and every day, whether or not it’s in their job descriptions: In addition to her work at one BID and with various others, Agouridis heads the initiative to get workers back in the office this summer (and thus have water cooler connections and lunch meet-cutes) through outdoor yoga, concert events and more. Baker’s nominator had too many positive notes to count, but we’ll give you the highlights: She’s a mentor and lead organizer for groups such as DC Service Jam, UXCamp, Black Girls CODE and Caribbeans in Tech; helps bring tech to local hospitality businesses; graduated from 1863 Ventures; and is an ambassador for the United State of Women (and a lot, lot more, just trust us).

For their pandemic project, Bhatia-Newman and Magala created a searchable online directory for businesses in DC, emphasizing those with BIPOC owners and founders. What began with 150 brands now boasts over 500, and the pair even moved on to sharing resources such as grants, funding, pop-up markets and workshops. Their nominator also said they’ve been connecting business owners with retail expansion opportunities and led networking for the local community. Buford-Young has long been a presence on the DC tech and startup scene. Before her role at Springboard, where she helps women-led companies in tech and life sciences, she was a leader in Deloitte’s Tech Venture Center and Technology Fast 500 program. She works with organizations like The Vinetta Project and has  also been called to Capitol Hill more than once to testify about supporting women entrepreneurs. Her nominators call her an active and powerful connector and advisor, with a keen ear for making smart matches (we’ve never been, but they also said her annual July Tech Venture Center Party is “epic”). Bullock grows the DMV’s entrepreneurial scene every day through his work with the area’s incarcerated population and returning citizens. But he’s also a fixture in the community as a TED speaker, mentor for local accelerators and more. He’s also landed cool gigs like entrepreneur-in-residence for WeWork. Czechowski’s many, many nominators call her an empathetic networker who is pure in intention and determined in methods (one also called her the first person to whom they’d send a scene newbie in order to find out what makes the community tick). When she’s not helping with staffing, they said she’s an active member in a number of networks and works as a mentor at RevGenius. Alongside his work for the county, Holmes was a co-organizer of not one but two Code and Coffee programs — one each in DC and Alexandria. He’s also a mentor for Coding It Forward and moderator in the DC Tech Slack (most often found, predictably, in the #meetups-and-events channel). Ferguson’s nominator called her one of the most connected people they know in the DMV area and a “go-to person for introduction within the early stage tech community.” She also works with organizations such as MindShare and MissionLink.Next. In 2013, Glazer created Sprockit as a “global innovation marketplace” where companies can partner with, invest in and acquire startups. He’s also the founder and co-chair of MindShare, a collaboration-based forum for tech CEO and founders. Hoskins was integral to bringing a number of projects to the DC area, including the Wharf and Union Market. He was also a key part of landing Amazon HQ2 in Arlington and is working on building other tech giants’ regional presence. The FCEDA has been hard at work on the state’s Virginia Jobs Investment Program, adding tons of tech jobs to the area. An active civic technologist on the scene, Jordan-Detamore spends his days working on open data initiatives and government data projects. In the off-hours, he’s also the director of Code for DC, leading and connecting a whole network of civic tech folks. London founded Chief Listening Officers in 2017 to focus on customer insights. Since then, according to his nominator, he’s been a trusted advisor in the DC ecosystem. Outside of that role, he works as a pitch coach and helps out local management teams and companies. In her work with Recast City, Preuss is a friendly face to many of the area’s small businesses and creators. She’s currently heading up a personal effort, echoing a current district-wide initiative, to bring small-scale manufacturing back to the downtowns and storefronts. With this, she hopes to increase equity among creators and keep the industry in DC. Shea built and eventually exited SpeakerBox, a public relations and communications company for entrepreneurs. Her nominator said she’s been a trusted advisor to both founders and companies. She’s also a member of the Forbes Agency Council, offering insight on how the role of CMO can help companies grow. According to her nominator, “There’s not a single person in the region that doesn’t know Elizabeth Shea and partner with her in some capacity.” Seiger is undoubtedly a DC expert, especially when you consider that she wrote a guidebook, “111 Places in Washington DC.” But when she’s not exploring and planning, her nominator said she’s super plugged into the DC entrepreneurship community, constantly sharing resources and grants with small business owners. She was also a leader of many virtual events during the pandemic. When he’s not helping and advising founders through his work at Progress Partners, Sheth is a huge resource among the local community. He does coaching on financial services and strategy and often can be found at local and national events, according to his nominator. With GET Cities, Smith works hard to build up the number of women, transgender and nonbinary people and people of color in DC’s tech industry. She’s also a speaker, Techstars mentor and supporter of underrepresented founders in the area, constantly looking for gaps in the local funding and hiring pipelines. Outside of her 9-5, through which she helps out women technologists, Stewart is the program director for the Entrepreneur Development Network DC at George Washington University. She’s also a mentor at the National Science Foundation and Korean Innovation Center, as well as a tech policy advocate. “I’ve worked with Qyana and it [was] one of the most rewarding and efficient experiences of my career,” her nominator wrote. “She really ‘gets it’ and holds people accountable — not just those who are not making tech diverse, but those who need to be able to walk into the light to be in tech.” Alongside his day job, Wong is also the founder and host of CONNECTpreneur Forum. The community helps over 25,000 founders, investors, entrepreneurs and leaders work together in virtual and live forums. The platform helps facilitate networking, dealmaking and connection in the community. For those that can’t make CONNECTpreneur events, he’s also the cohost of The Monthly Blend, a podcast for the local startup ecosystem.